How Well Do You Know Molly?

How Well Do You Know Molly? 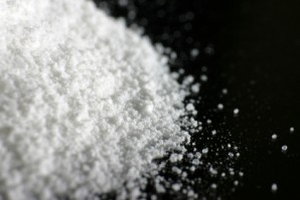 The world of illicit drugs is ever-changing. As we have seen with synthetic drugs like spice, K2 and bath salts, there are substances coming out that are meant to mimic drugs of abuse, and the names and make-up of these substances changes quickly in order to avoid regulations put into place to curb their use. Most recently, there have been changes to the different forms that drugs of abuse come in. "Molly" is a pure, powder form of MDMA and is different from the pressed pills of ecstasy that most people are familiar with. While Molly may look different from ecstasy, the effects of taking the drug are similar to what users experience when ecstasy is taken – although not any less dangerous.

Many users believe that MDMA is safer to use than other drugs, mainly because of limited negative side effects that have been reported with its use. Unlike other drugs of abuse, MDMA has a low risk of becoming physically addictive, and only a small percentage of emergency room visits are associated with MDMA. Some doctors are even considering using MDMA as a treatment for post traumatic stress disorder. While there is no withdrawal syndrome that is associated with MDMA, users have reported depressed moods 24-48 hours after taking the drug, as MDMA depletes the brain of its natural supply of neurotransmitters responsible for mood.

When MDMA is taken, it inundates the brain with mood-enhancing neurotransmitters that cause the user to feel euphoric, and promotes a general feeling that all is right with the world. While MDMA is taken in the hopes of achieving this euphoric feeling, it can also be very dangerous to take, even in its pure form. MDMA can cause rapid breathing and heart rate, and can cause the body's temperature to shoot up, causing seizures, strokes, coma, or even death. Because MDMA has traditionally been considered a party drug, it is often times combined with alcohol and used when people are dancing and are likely to be working up a sweat. This is especially dangerous, as MDMA can also cause severe dehydration, and alcohol only adds to this complication.

Ecstasy, which contains MDMA, gained popularity in the early 1990s in the club scene and was often taken at parties called "raves" in order to enhance the connection felt to others and the general party-going experience. Ecstasy also had a reputation for being laced with a number of different substances, and users could never depend on the purity of the drug. When Molly was introduced as a pure powder or crystal form of MDMA, people took notice and started using it in order to get the same euphoric feelings they were getting by taking ecstasy, with the idea that Molly was not as likely to be laced with other substances. Although many people believe that Molly is a pure form of MDMA, there have also been rumors that it is comprised of other substances, ranging from anything from the chemical 6-APB to fertilizer. It is important to realize that Molly can be laced with other drugs, just like anything else. Users have no way of knowing if the substance they are using is pure, how the drug was produced or under what kinds of conditions it was produced.

Although Molly may seem like a safer alternative than other drugs, MDMA in all of its forms, whether they be pure or laced with other substances, is dangerous. While its true that MDMA may have only a small chance of becoming physically addictive and has no known withdrawal symptoms associated with its use, the chance for serious consequences as a result of using MDMA is real.