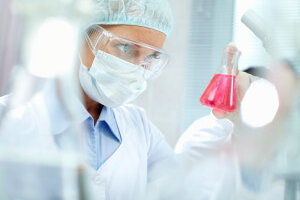 Those in the early stages of opiate addiction treatment or anyone experiencing opioid withdrawal symptoms typically receive Buprenorphine.

Trade names for Buprenorphine are Cizdol, Suboxone, Subutex and Bunavail. Suboxone, which contains Naloxone, reportedly provides a safer alternative to Methadone treatment, which has been used for many years in treating heroin and various other opiate addictions. Methadone is known as a likely cause of respiratory depression among users when abused or mixed with other opiate drugs.

The combined effect of Suboxone with naloxone was designed to reduce pleasurable effects of crushing the pills for injection, although the creators of the drug report painful withdrawals when these drugs are injected.

A recent development in opioid recovery, however, has found a new blend of medications to also be effective in helping recovering opioid addicts stave off cravings.

Researchers found that Buprenorphine, when combined with the drug Clonidine, shows positive and promising results in reducing cravings, even when symptoms of withdrawal were gone.

Clonidine is a medication frequently administered to regulate high blood pressure and treat attention deficit hyperactivity disorder (ADHD). It is a medication used to reduce hypertension as it relaxes the blood vessels, allowing blood to flow more freely. Other uses for the drug include reduction of menopausal symptoms and as an aid to smoking cessation.

Trials were conducted on 208 individuals undergoing outpatient treatment for opioid addiction, which used randomized double-blind techniques for control of a placebo versus the Clonidine recipients. Results showed a marked difference in the time that was seen in those who relapsed back to drug use.

Why is this Important?

Reduction of stress is an important factor in the treatment of addiction to pain medications and other opioid drugs, such as heroin. When stress is reduced, the craving for use of drugs is reduced as well.

Many years of research have been conducted to quell the high rate of recidivism and relapse with heroin and opium abuse and addiction. Today, the highest incidence of drug abuse is seen with pain medications. The high cost of pain medications typically lead those who are addicted to find relief through heroin, which has shown high rates of use and abuse due to its widespread production, availability and low cost.

Treatment protocols for reduction in use and abuse of opioid medications are a priority in the fight against addiction. The use of Clonidine provides another step in the battle faced with abuse and addiction to opioid drugs.