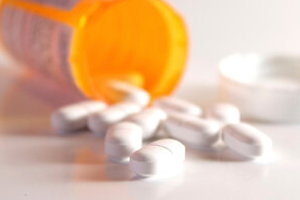 A recent analysis of 35 existing studies about opioids has revealed an astounding increase in its use, misuse and addiction. Opioids—medications that include Vicodin, OxyContin, Percocet, morphine and codeine—are known to be both psychologically and physically addictive. Often, opioid users become dependent on the medication and get to a point where they need to up their doses to induce the same level of euphoria. Prescriptions of these highly addictive medications have exploded in the past decade, hiking up the cases of opioid reliance and uncontrollable usage.

The Rise of Opioid Prescriptions

An estimated 20 to 30 percent of opioid drugs legally prescribed by medical professionals are misused, according to a 2015 study published by the International Association for the Study of Pain (IASP). "On average, misuse was documented in approximately one out of four or five patients," writes Kevin Vowles, a professor at University of New Mexico, and his colleagues. The study also states that "addiction [occurs] in approximately one out of ten or eleven patients." The report, which is an analysis of 35 existing studies primarily conducted in the United States, classified three problematic types of opioid use:

This update on the rising opioid usage has led many experts to call for a strategy and immediate plan to put an end to what the study dubs as an "opioid epidemic." Generally, the study's authors tout that helping to reduce the misuse of powerful pain killers may be as basic as educating and monitoring patients. Vowles, who is the study's lead researcher, suggests that "[since] one in four patients on opioids display patterns of opioid misuse, but not addiction, then perhaps more efficient targeting of treatment resources would be of benefit."