Increasing Use of ADHD Medication on College Campuses

Increasing Use of ADHD Medication on College Campuses 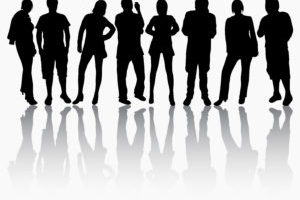 The pressure to get good grades in college often leads college students to take excessive steps or to find shortcuts to success. There had been several studies performed on different college campuses that suggest that the misuse of stimulant drugs, especially drugs like Ritalin and Adderall, is becoming more common by college students looking to get an edge. Ritalin and Adderall are Schedule II controlled substances which places them in the same legal category as methamphetamine, cocaine, etc. Moreover, these drugs are designed specifically for the treatment of Attention Deficit Hyperactivity Disorder. A recent study has indicated that the practice of using these stimulant medications by college students is increasing at an alarming rate [1].

Other Complications from Stimulant Abuse

The researchers found that there were several variables that identified stimulant medication misusers from nonusers. These included having issues with alcohol use disorder and marijuana use disorder, belonging to a fraternity or sorority, poorer than average academic performance, and a past history of substance abuse. There are many adverse health effects that can result from misuse of these drugs such as serious cardiovascular complications (e.g. heart attack or stroke), the development of paranoia or extreme hostility, and of course an increased risk for addiction. In addition, a recent study also found that even casual users of stimulant medications designed to treat ADHD demonstrate significant changes in their brain function compared to nonusers [2]. Moreover, because these medications are actually classified as Schedule II drugs individuals who do not have a prescription for them and are caught with them risk some serious legal problems.

Interestingly, there is no evidence to suggest that the use of these medications improves academic performance. As mentioned above students that use this medication often use it during finals when they feel the need to study around the clock. There are a few simple principles of learning and memory that would be much more effective:

(A). There is plenty of research that indicates that studying material bit by bit or for short periods of time at a consistent level is much more efficient than cramming or what learning researchers call "mass practice" [3]. Instead of waiting until the night before test or a final to study volumes of material students would be much more efficient in learning by reviewing and studying specific material for an hour or so a day on a consistent schedule.

(B). For reasons this writer could never understand many students study in areas with lots of distractions such as radios playing music, TVs on, other people talking, at sporting events, etc. This practice is highly inefficient. Learning academic material and reading textbooks becomes much more efficient when done in areas that are distraction free.

(C). Students should only take what they absolutely need with them when they are studying. Typically this is means textbooks, notes, and other class materials or study materials such as flashcards. Taking a computer, leaving your cell phone on, etc. only produce more distractions.

(D). Writing and rewriting notes is an efficient way to help learn. Using outlines, flashcards, etc. helps to organize material. Instead of highlighting text in the textbook is more efficient to rewrite it and summarize it then use the summary notes as flashcards or memorization aids.

(E). It is extremely important to make a schedule that you can stick to and then stick to that schedule. Again, regular practice at regular intervals always is more efficient than cramming or mass practice. It is important to set goals for each study session and keep tabs on where you are in relation to what it is you need to know for the upcoming exam. It is also extremely important to understand the expectations for each class and chart your progress towards these.

(F). It is also extremely important to allow schedule breaks during studying. However, during the break it would be counterproductive to engage in an activity that will affect your studying goals in a negative manner such as going out a getting a beer or other activities that lead to distraction from the goal of learning.

(G). Some people work better in groups and some people work better alone. It is important to know where you stand on this issue. If you study with a group it is also important to study with a group that is focused in learning the material as opposed to socializing and engaging in activities that will distract you from your goal of learning the material.