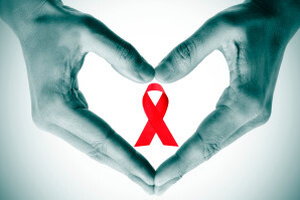 A portion of Southern Indiana has been the site of a rapid rise in HIV cases. The focal point of the recently enacted legislation is the rural town of Austin, Indiana, with a population of about 4,200 people. Indiana's governor has recently declared a statewide Public Health Emergency in order to bring in necessary medical aid to combat this outbreak. He has reversed the laws in Indiana that prevent clean needle exchanges in order to stem the tide of the number of new cases. At that time, 80 persons ranging in age from 20 to 56 had been identified as being infected. Governor Mike Pence has also increased Medicaid programs in the state to fund treatment for infected persons.

New cases of HIV infection are reported, by law, to the Indiana's Public Health Department, which is how the trend was first recognized. One report, only a week later, found over 100 cases of positive test results. HIV testing has reached only those who report having sex or sharing needles with persons who are known to have tested positive for the virus which causes AIDS.

Little response to the widespread promotion of exchanging dirty needles for clean ones has been seen thus far. Only four residents had come forward and exchanged over 300 dirty needles. Most of the addicts, who are credited with spreading the virus, are afraid of legal repercussions and will not come forward to receive clean needles.

Most citizens of the small community blame the medical crisis on residents in a part of town called the "North End" and houses designated as "shooting galleries." These are houses where those addicted to pain medications gather to use drugs intravenously, using and sharing needles, thereby spreading the virus. Police in the community are aware of the high incidence of drug use in this area and have doubled their efforts to control drug trafficking in and out of the neighborhood. Prostitution in this area is another danger, since most of those who engage in this form of sexual activity are infected.

The drug most commonly used by the population of this area is Opana, a narcotic designated for treatment of pain. Crushed pills are mixed with liquid to allow injection of the medication. This gives the user a faster and more intense high than taking the pills orally. Efforts by the makers of Opana in 2012 to make it more difficult to use in this fashion have not succeeded. The pills are sold illegally for an average of $30 per pill.

The only physician in the town of Austin has initiated much of the effort to work with those who test positive to receive treatment and information about the virus. He and his staff are hard at work to educate and inform everyone in town about the dangers of HIV and sharing needles and sexual activity with known HIV positive persons. Several medical professionals from the Center for Disease Control (CDC) have been brought in to help test and refer patients for treatment.

Medical treatment for HIV-positive individuals is high, at about $20,000 per year for each patient. The closest clinic to Austin providing HIV treatment is in Louisville, KY, a short commute away. This is the biggest rural outbreak of HIV cases since 1985, when a town in Florida was the focus of concern for cases of the virus.