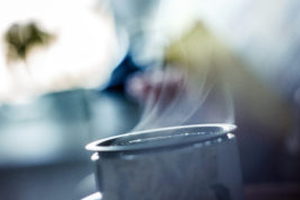 Kombucha is a beverage that has been popularized in western culture for years now. You might have seen the drink on the shelves of your local grocery store or read about it online. It can be purchased from the store in a variety of flavors or made at home.

It is a fermented tea that has many purported benefits, but many of these benefits are not supported by research. The drink does contain probiotics, which research suggests brings health benefits. However, if you're a recovering alcoholic, you should probably stay away from this drink.

Back in 2010, Whole Foods pulled kombucha out of store shelves because the drink continued to ferment in-store, with some bottles reaching up to 3 percent in alcohol content. In the U.S., the Alcohol and Tobacco Tax and Trade Bureau (TTB) mandates that anything containing more than 0.5 percent alcohol be regulated like an alcoholic drink.

Soon after, makers remedied the problem with new formulation, but the amount of alcohol one bottle will produce remains unpredictable. For those who make their own kombucha at home, alcohol content remains an issue. Brewers don't usually know how much alcohol a particular batch has until it's ready for consumption. The drink also continues to ferment when stored, significantly raising the alcohol content over time.

These risks are generally acceptable for most adults, but recovering alcoholics face a much bigger issue. While the trace amounts of alcohol are low, they can make for a crutch or an introduction to a relapse for a recovering addict.

According to this article, an AA spokesperson has said that kombucha consumption can be dangerous for recovering alcoholics, stating that if a recovering addict knows that there is alcohol in a beverage but still feels like they are doing fine with it, it wouldn't necessarily be a far throw for that person to then move onto drinks that contain slightly more alcohol.

What You Should Do Instead

If you want to reap the benefits of drinking kombucha but you don't want to risk consuming alcohol, here are three other alternatives you can do:

If you like tea, drink it! Tea is the base of kombucha, usually black or green tea. The tea contributes in part to the "kombucha buzz." Kombucha drinks that have fruity flavors have a tiny bit of the respective juice in them. If you like the way that tastes, consider simply adding some of your favorite juice to your tea.

If you find that consuming probiotics makes you feel better, you can get them from things other than kombucha. Some foods that contain probiotics include: yogurt, kefir, sauerkraut, miso, soft cheeses, sourdough bread, sour pickles, and tempeh.

Perhaps you just like the effervescent aspect of kombucha. If you like the bubbly part of the drink, consider club soda or sparkling juices as a replacement.

Elizabeth Seward has written about health and wellness for Discovery Health, National Geographic, How Stuff Works Health, and many other online and print publications.