Krokodil Drug Use in US

Krokodil Drug Use in US 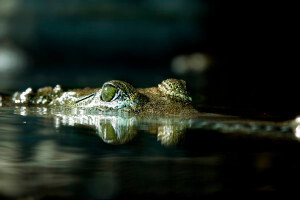 Krokodil comes from Russia, where there is a severe shortage of heroin. The war in Afghanistan, amongst other factors in decreasing production of opium in that country (the world's largest producer of opium poppies) is directly attributed to the creation of this drug.

The drug is made from codeine tablets with lighter fluid or paint thinner, and is a highly toxic substance. Injection of the drug increases the rapid effects. An active ingredient in codeine medication is Desomorphine, which is 8-10 times more potent and addictive than morphine. Desomorphine also acts much faster than morphine. These factors account for the widespread use of the drug, despite its horrific side effects.

The other ingredients that create its toxic and flesh-rotting effects are red phosphorous and high quantities of gasoline, paint thinner or other solvents.

What Does It Do?

Named Krokodil, the Russian name for crocodile, this drug destroys human flesh from inside the body. Named for the green scales covering human skin, it eats away at the site of the injection, causing unsightly wounds to appear, along with the horrible skin affliction.

Flesh is dissolved from the inside of the body, usually eating from the bones outward, exposing the bones and leaving little or no flesh. Users can seldom be saved from death, except in cases where surgical intervention is done and use is discontinued. Amputation of damaged limbs is often the only way to save the life of the user, in order to remove the rapidly rotting flesh. Most users who continue to use the drug die within two years of first use.

Blood diseases are also another outcome of use of Krokodil. As blood vessels are destroyed by the drug, it enters the bloodstream and causes damage in various ways and can travel throughout the body to infest sites other than where the injection takes place. This rapidly increases its damaging effects.

Why are Addicts Using Krokodil?

Costs are low for this drug. Because of the shortage of heroin in certain European and Russian markets, as mentioned above, this drug presents addicts with a cheaper and more readily available alternative.

Another reason for using Krokodil is its faster assimilation into the body. Desomorphine is much more rapidly synthesized, making it virtually untraceable by methods used to test for drugs. Those who are likely to be randomly drug screened may turn to Krokodil because it is more difficult to detect with standard test methods.

What is the Popularity?

Numbers of cases found in the United States are low. This is believed to be due to the low cost and high grade heroin that is readily available in the US. This heroin comes from neighboring Mexico, where opium production has increased rapidly since the early 2000s.

There are thought to be only 3-4 cases of Krokodil in the US and one of those was an American teen who was diagnosed in Mexico, although she reportedly used the drug in the US before traveling there.

While reports vary widely on the number of Russian and European addicts who have been diagnosed with Krokodil use and outbreaks are reportedly dwindling, it was once believed to have been affecting upwards of 100,000 people. The numbers are hard to confirm, due to conflicting reports. Part of the reason is the Russian silence regarding treatment of addicts and the various diseases killing them. Reports are silenced and altered by their media, and medical statistics are unconfirmed.

Ehrenfreund, Max. (10/07/2013). Washington Post. Homemade Heroin First Developed in Russia may have come to the US. Retrieved online from: https://www.washingtonpost.com/national/health-science/homemade-heroin-first-developed-in-russia-may-have-come-to-the-united-states/2013/10/07