"Lindsay": Through the Eyes of a Fellow Addict

"Lindsay": Through the Eyes of a Fellow Addict 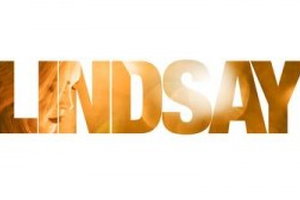 Like millions of Americans, I watched the first episode of the new docuseries "Lindsay" this week (Sundays at 10/9c on OWN). In less than an hour, I watched and witnessed both successes and "opportunities" (not unlike an outsider's view of my own life). And afterward I found myself in a unique conversation with my husband—one where I was actually defending the former child star and at times going so far as to criticize those around her. Despite the mixed reviews, I found the first episode to be quite stimulating and a conversation starter for sure. But not in the way you might think.

The Power of Suggestion

During the opening scene of the show, at the end of Oprah and Lindsay's candid interview, the two fell short of debating the pros and cons of a trip to Europe that Lindsay was planning to take to that would have only been a few weeks after her completion of rehab. In a very maternal way, Oprah strongly suggested that Lindsay reconsider making that decision. Flash forward and we learn that Lindsay did, in fact, adjust her itinerary avoiding what we all know very well could have triggered behavior that may have resulted in another stint in rehab (that would make seven, but who's counting right?).

Although I'm sure we didn't see nearly all of the back story around the change in plans, one thing I do know for sure. The power of suggestion is strong. And addiction can at times be much stronger. It took me years to actually hear the valid concerns of others and consider, not to mention even possibly accept, advice rather than instinctually fight it. Lindsay's decision was a success in my book. Yes, a success. Despite the fact that it may have created disappointment for others along the way. Sometimes ya gotta do what ya gotta do.

Criticized for Making the RIGHT Decision?

Later we find Lindsay dealing with all sorts of stress related to her role and more importantly her expectations around a lingerie ad to which she had previously committed. Again, uncertain of all of the details, I found myself relating to her struggle—I even imagined myself in her shoes (no, not those shoes…I've never been in a lingerie ad, silly!) when faced with the struggle between keeping commitments at all cost versus doing the right thing for my sobriety despite any potential consequences. For Lindsay, making a good decision set her up for looking irresponsible and daft when in fact the exact opposite may have been true.

Does anyone else out there remember how difficult it was (in fact, still IS at times) balancing making the right decisions for one's own healthy sobriety against keeping commitments that may or may not have been made in good faith and conscience? I know I certainly had to delicately (and sometimes not so delicately) change plans when I came to the conclusion that the right decision for me wasn't always the right decision in everyone else's opinion. And believe it or not, sometimes that was the tougher road to take. But in hindsight, definitely worth it.

Through the Eyes of a Fellow Addict

These examples are only a few of the times where I feel my interpretation of the show "Lindsay" may likely have varied in a big way from that of the average viewer. Simply stated, her life looks different through the eyes of a fellow addict. And although I don't know what the future holds for Miss Lohan, I know that I anxiously await future episodes of "Lindsay." If they are anything like this first episode, they will most definitely be a springboard for some very open and honest conversations—the kind that reinforce my relationships with the ones I love—and reinforce my sobriety.

Brooke Lyn Harper has been a senior leader in the healthcare industry for more than 15 years, specializing in healthcare compliance and privacy. Having overcome the life challenges of addiction and mental illness, her desire is to "pay it forward" by sharing her own experiences and expertise in hopes of touching others in an informative and engaging way. Brooke Lyn Harper is a pseudonym.