Many Prescription Drug Users Not Aware of Driving-Related Risks

Many Prescription Drug Users Not Aware of Driving-Related Risks 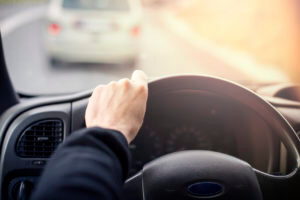 The numbers are simply staggering. CDC data reveals that over 48 percent of Americans have used at least one prescription drug in the past thirty days. And approximately 4.45 billion prescriptions are issued every year in the United States. That’s a lot of pills and medication for a lot of people.

Sedatives, narcotics, even stimulants, and antidepressants can all affect an individual’s capacity for safe driving. Driving under the influence of prescription drugs has become a growing concern. There is substantial evidence that a shift from illegal to prescription drugs may be the reason behind many fatally injured drivers in the United States.

The Effect of Medications

It can be difficult to measure how many crashes are caused by drugged driving, but a National Highway Safety Administration (NHTSA) study found a startling 18 percent of drivers killed in a crash also tested positive for at least one drug.

A nationwide study of deadly crashes found that about 47 percent of drivers who tested positive for drugs had used a prescription drug, and the most common prescription drugs found were pain relievers.

For example, antidepressants can cause drowsiness and a slow reaction time in some patients. Those two or three extra seconds for braking could mean all the difference in having an accident. Antidepressants are some of the most popular drugs in our society with 12.7 percent of Americans taking an antidepressant within the last month. Other medications, such Prozac, can cause insomnia, which will make you tired and slow during the day.

There is ample evidence that the use of different types of psychoactive drugs significantly increases the risk of injury including situations that involve automobile accidents.

Prescription anti-anxiety agents and muscle relaxants such as Valium and Xanax may have a tranquilizing effect which can impair judgment and reaction times.

Many believe a stimulant drug that perks you up would be good to take before driving. But the truth is that they make you less likely to pay attention to fine details and affect the ability to concentrate.

You may be surprised to learn that although legal in many states, marijuana is the drug most often found in the blood of drivers involved in crashes.

Several studies have shown that drivers with THC (marijuana’s mind-altering ingredient) in their blood were roughly twice as likely to be responsible for a deadly crash or be killed than drivers who hadn't used drugs or alcohol.

It is important to remember that medications interact with one another; the more medications we take, the greater the chance for interactions that may influence our driving.

While laws differ from state to state, you can be charged with Driving Under the Influence (DUI) if caught driving hazardously while taking prescription or over-the-counter (OTC) medicine, even if your doctor wrote the prescription.

Unfortunately, there is very sparse data available as to whether the people who use prescription drugs are aware of the danger and hazards while driving.

According to new research, patients taking prescription drugs that affect driving may not be aware they could potentially be driving impaired. This topic has not been clearly studied. "We were very surprised that our study was the first we could find on this topic," said the lead researcher. "It's a pretty understudied area, and prescription drugs are a growing concern."

After Tiger Woods was arrested in a state of confusion while driving in May of this year with five drugs in his system, he stated that he had "an unexpected reaction to prescribed medications."

He is not alone in his lack of understanding of how medications can affect the ability to operate a motor vehicle.

Nearly 20 percent of people in the latest research reported recent use of a prescription medication with the potential for impairment.

But shockingly, many said they were not aware that the medication could affect their driving, despite the potential for receiving warnings from their doctor, their pharmacist, or the medication label itself.

In the study, participating drivers believed that sleep aids were the most likely to affect safe driving, followed by morphine/codeine, other amphetamines, and muscle relaxants. ADHD medications were viewed as least likely to affect driving risk.

It is useful to understand the danger of drugs and their effect on driving. There are free online tools, such as AAA’s Roadwise RX, that allows you to record your prescription and over-the-counter medications, and to receive personalized feedback about how drug side effects and interactions between medications may affect your ability to drive safely.

The most recent study strongly suggests that for all drivers using prescribed medications there are considerable improvements that must be created and implemented to warn of the potential for serious automobile accidents.

"The vast majority of drivers who are recent users of prescription drugs that have the potential for impairment have come into contact with a physician, a pharmacist, and a medication label," researchers stated in in November 2017 public release. "There's an opportunity here that's not being leveraged: to provide people with accurate information about what risks are associated with those drugs. People can then make informed decisions about whether they're able to drive."

There is also the need for improved labeling on medications that are likely to impair driving.

In the meantime, if you have the slightest concern about your medications and their impact on your ability to drive, consult your physician or healthcare professional. We live in a world where you do not have to take chances on the road with your life or the lives of others. Simply call a taxi, take Uber or call Go Go Grandparent (at any age). It may just save a life—your life.