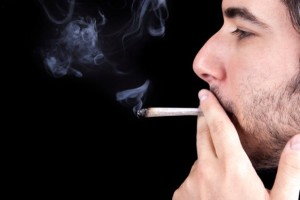 Having been involved in the treatment of substance abusers and also an active participant in substance abuse groups, I've has witnessed several individuals who tested positive for cannabis but claimed they did not use the drug. Most often these individuals swear that they were with someone who was smoking marijuana and that is why they tested positive. Typically, people will test positive for THC, the active ingredient in marijuana, for up to 30 days following using it. In my personal interactions with these individuals, it seemed that their employers and the court system did not consider this to be a viable excuse, and quickly consider anyone who tests positive for cannabis to have used it at some time in the past. However, recent research may indicate that this attitude needs to be re-examined.

In one study researchers exposed non-marijuana users who were drug-free to secondhand marijuana smoke in a sealed chamber for one hour. The potency of the marijuana cigarettes was varied from low (5.3% THC) to rather high (11.3% THC). No ventilation was available in the room in two of the conditions (5.3% and 11.3%). In a third condition ventilation was employed in the room (11.3%).

The non-smokers tested positive for rather small levels of marijuana concentrations in their blood and urine. Interestingly, there was an effect for room ventilation such that in the condition with the better ventilation the concentration of THC in the blood was markedly decreased. Moreover there was also a dose effect such that individuals who were exposed to secondhand marijuana smoke with higher levels of THC were more likely to test positive [1].

In a second study, individuals in the high potency condition were subjected to physiological, behavioral or cognitive measures, and self-report measures of their experience. As stated above, exposure to cannabis smoke in poorly ventilated conditions produced detectable amounts of THC in the blood and urine of these individuals. Moreover, the individuals in the poorly ventilated room condition self-reported sedative effects of secondhand smoke as well as produced and impaired performance on a cognitive task of one's ability to think quickly, react quickly, and make decisions. These effects were not seen in the ventilated room condition [2].

The researchers suggest that secondhand marijuana smoke exposure does produce detectable levels of THC in the blood and urine of individuals when there is little or very poor ventilation. Moreover, there is both subjective and objective evidence to suggest that secondhand exposure to cannabis smoke in such conditions can produce what most refer to as a "contact buzz." However, the conditions under which this occurred in the studies were only positive for extremely poor ventilated areas.

Of course, much more research would be needed to actually determine the parameters regarding exactly how much secondhand exposure produces detectable results. The researchers in these studies concluded that objective measures like blood and urine tests coming up positive as a result of secondhand exposure to marijuana smoke in the real world are probably very rare.