Marijuana for Recreational Use: What Are the Legalities?

Marijuana for Recreational Use: What Are the Legalities? 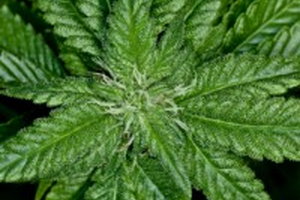 In this last election, two states, Washington and Colorado actually legalized marijuana for recreational use, which brings up an interesting challenge in many ways. For the first part, just as prescription use for marijuana in California has been legalized, there are still laws against marijuana possession and use at the federal level. So even if you can legally buy it with a prescription in California, and a lot of people do, it is illegal to be under the influence in arenas that are governed by the federal government.

Even in light of the recent change in the state marijuana laws for Colorado and Washington, federal law does not allow the use of marijuana by anyone. So now the debate begins to find the loopholes and intricacies involved in the use of pot. For instance, one of the first groups to push for inclusion under these new laws is the NFL and MLB. Since the fines for use or possession of marijuana in these two groups are tough, it was hoped by the players that they would follow the "law of the land" in allowing the teams from those two states to partake legally.

This is not to be. The laws laid down nationally will impact national organizations, even when the franchises are located in states that allow use and sales for use of marijuana. This is true for all 18 of the states who have initiated and passed legislation designed to decriminalize marijuana in small amounts and/or use for medicinal purposes, such as the laws in California.

However, federal laws remain in effect. There have been federal cases made against those who are legally issuing prescriptions in numerous states and raids by various agencies to close down operations that are seen by their guidelines as illegal. Most authorities on federal laws regarding marijuana and its classification as a Schedule I controlled substance do not see an easy end to this battle between states' rights and federal law.

Colorado governor, John Hickenlooper was quoted in The Bleader, a Chicago-based web reader, by Mick Dumke, in an article about the new laws passed last Tuesday. His statement, "My sense is that it is unlikely the federal government is going to allow states one by one to unilaterally decriminalize marijuana," is a common thought about how the federal government is going to respond.

Given the chasm between marijuana's legality in certain states, its use, by prescription in many others, and its decriminalization in even more states, it is certainly a confusing arena for those who wish to participate in use and possession in small quantities. Even in states where it is regionally acceptable to possess small quantities, there are pockets of harsh recrimination for those who violate federal guidelines. This adds to the confusion. One of the certainties, however, is that there is a great deal of money spent on the legalities of marijuana use and possession. Taxpayers spend inordinate amounts of money for court costs and police activity, as well as the federal costs for finding and prosecuting offenders with small amounts of marijuana. Perhaps, at the end of the day, the financial burden will be the deciding factor.