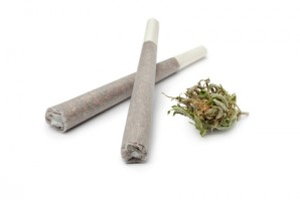 Several initiatives were circulated as petitions, but not filed within the deadline limits set for the November 6th ballot. Due to the changes made in marijuana laws in other states in this past election, it is worthwhile to look at the changes that are being talked about in California.

The most talked about was California Medical Marijuana Regulation, Control and Taxation Initiative (#11-0098), which seemed to pick up steam and then die out before being submitted in time to make it to the ballot. This initiative probably lost out to the myriad other petitions being circulated during the last year. It appears that resources were spread thin over the range of proposed legal changes to California's current marijuana laws.

11-0098 proposed changes that made some sense, fiscally, to a state that is teetering financially and in dire need of resources to maintain its needs. This bill would regulate all aspects of cultivation, growth, and farming of the marijuana to be sold in California, as well as the quality and sales' distribution. It would impose a 2.5% tax on all sales, statewide for medicinal purposes. All agency costs would be funded with this tax, the remainder would be utilized for research purposes. This agency would also monitor and establish guidelines for dispensaries to accommodate every 50,000 citizens. It would reduce penalties and sentences for sales, transporting of marijuana, and distribution. The bill sought to bar state and local assistance to federal agencies seeking to investigate and prosecute activities surrounding sale and possession of medical marijuana in California.

Local regulation of placement for dispensaries would remain, except as it applies to every 50,000 residents' regulation. Fiscal gains would figure to be in tens of millions, due to the cost savings for the arrests and prosecutions of state and local marijuana crimes. Taxation on the sales of the medical marijuana itself would add funds that are not currently being paid into the coffers of California.

While the other initiatives were supported, it appeared that Initiative #11-0098 would help to resuscitate a severely depleted fiscal situation for California. Perhaps its backers will gather their forces together and make it to the next ballot. Perhaps they will wait to see what happens with other states where radical changes were made to their policies on marijuana possession and use this election.

The other initiatives were:

If the proponents of these initiatives can come together to review and rework their bills, it may be that California will be able to capitalize and utilize the money being made in cultivating, growing, harvesting and packaging marijuana, as well as the sale of medical marijuana.

Another story about the taxation and laws regarding medical marijuana reported by Robert Wood in Forbes, stated that the high cost of operating a dispensary, while legal, according to state laws, is that the expenses are not deductible business expenses under IRS laws. It has been deemed that the costs associated with the sale of medical marijuana are NOT tax deductible, due to a ruling, disallowing a business to sell controlled substances and deduct said expenses. Therefore, unless the dispensary is doing other types of business and can keep records indicating such, they will have no tax deductions for the cost of running the dispensary.