Marijuana Vape Pen: What You Should Know

Marijuana Vape Pen: What You Should Know 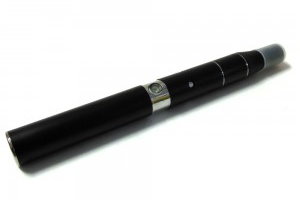 A new device allows marijuana users to discretely get high in public by not calling attention to the telltale scent of pot. It's the vape pen—a small, portable vaporizer which delivers THC vapors without actual smoke. They look very similar to e-cigarettes. And while vape pens might offer some benefits to prescription marijuana users, they also present new risks.

Vape pens, like e-cigarettes, have a heating mechanism built into them which is powered by battery. In e-cigarettes, the mechanism heats up a liquid which contains nicotine. In the case of the vape pen, the mechanism is heating up and breaking down concentrated THC in marijuana oils. With both e-cigarettes and vape pens, the user inhales vapor, and not smoke. These devices can be purchased through smoke shops and online retailers.

Vape pens don't use actual parts of the marijuana plant. They use hash oil, which is a sticky, sap-like substance which is rendered from the marijuana plant. The process of extracting this oil can be extremely dangerous. Hash oil can be purchase through dispensaries, but purchasing the oil is twice as expensive as making it at home. Many people are soaking marijuana plants in chemical solvents (commonly butane) at home. The chemicals extract the hash oil from the plan itself. The problem is that the solvents are highly flammable and cause explosions and house-fires.

One issue that has been noted in some areas is that the fires start with exploding refrigerators. The butane soaked plants will be left in a freezer, and the fan in the freezer can get the butane fumes circulating throughout the entire refrigerator. If the fumes reach the refrigerator's compressor, a spark could easily lead to a fire. House fires connected to hash oil production were frequent enough last year to prompt the U.S. Fire Administration to issue a warning bulletin against the hazards of producing hash oil at home.

Beyond fire hazards though, many parents and school officials are concerned that vape pens will enable children to consume marijuana freely and without fear of consequence. Traditionally, marijuana smoking is easily detectable by its distinct odor. With pen vapes, there's no incriminating odor.

Another concern though is that hash oil typically contains much higher levels of concentrated THC (as high as 90 percent THC) than are found naturally in marijuana plants (commonly 20 percent THC). The higher potency of the substance means that for vape pen users, the high is more intense and sets in more immediately. Some users have spoken about fainting or nearly fainting after the first time they used a vape pen. At this time, experts do not know for sure what the long-term health risks of higher THC levels in the vape pens.

Vape pens are an attractive alternative to some people who have medical prescriptions for marijuana. Owners of legal dispensaries also advocate for the pen, saying that they've helped them reach clients and customers who have long since been medically eligible for prescription marijuana but are turned off by the stigma surrounding conventional smoking apparatuses like bongs or pipes.

While the device might yield some social utility by offering patients a safer and less stigmatizing means of taking their prescribed drug, there are clearly many other issues that must be addressed as the device becomes increasingly popular.