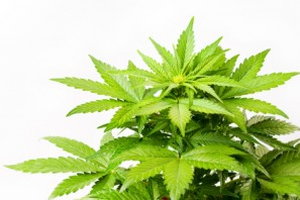 Marijuana has a long history of use in civilizations dating back to the ancient Syrians and Hindus, from deep in South America to Africa, there are strains of hemp that have been part of the world's culture. It wasn't until the early part of the 20th century that it became criminalized in this country. Illegal status followed in other nations in Europe and around the world within the first 20-30 years of the 20th Century. Some Asian countries have death penalties for possessing marijuana for sale. Other countries have less stringent laws, while some are being rewritten at this very time.

Today, the face of the most commonly used drug (of any type) in the US has changed. If Google search had been available in 1967 or 1968, little would have come of a search for marijuana that resembles the search of today. In Southern California, a typical search for information regarding the word "marijuana" brings up several informational sites with pictures of numerous types of pot, along with recommendations for which type is beneficial for specific ailments. Remember, this state has medical marijuana. Along with 14 other states in this country, Californians are able to procure pot legally, given a prescription, for medical relief.

Marijuana looks the same as it did 35 years ago. Although there are many colors of buds shown, little else has changed. Pot connoisseurs will vehemently swear that the marijuana they buy today for much higher prices is of higher potency than pot bought in the 1970s. While THC levels in marijuana have gone from about 4% in the mid-1970s to over 9% at this time, there were types of marijuana available in the early 1970s that retained the same high potency.

Hybridized marijuana does not necessarily guarantee potency. There are several other factors that determine the content of psychoactive THC in marijuana. One of them is the part of the plant being used. Because the "bud," or the flowering portion of a female plant, is the most potent (if processed before pollination); leaves, stems, or parts of a male plant do not contain the same level of THC.

Nowadays, websites proliferate with information for growing your own marijuana. There are sites that recommend soil enhancements, types of lights to use in various settings, and seed from all over the world is readily available. Differing greatly from the Underground Press kits available in the '60s, there is a wide array of information for those who wish to grow for profit or personal use. A city-by-city listing in California tells the consumer how many plants are allowed and whether the plants can be legally grown indoors or out, as well as the numbers in each location. Whether or not to use coverings for sun protection, or if "naked" growing plants are legal is another facet of that particular website.

What Long-Term Research Shows about Weed

The changes in marijuana today are not only about the legal status from state to state. There is also long-term research showing the effects of marijuana on the brains of the users. While most will swear that there is no damage done, this is not the case. Especially for those who begin to use pot at a young age, permanent damage to memory, executive functioning, and intelligence are shown in clinical studies. Those who suffered this damage did not regain functioning after stopping use of marijuana. Heart and lung damage are other long-term effects of smoking marijuana regularly.