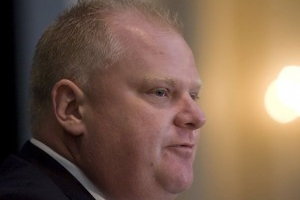 Toronto Mayor Rob Ford has had to suffer through his struggles with addiction while in the public eye. What originally caught media attention was a video released in May 2013 of the mayor smoking crack cocaine. As is so often the case with a humiliating outing of this nature, it took Ford a significant amount of time after the video was released to admit the true nature of the video. The video paired with his admission set off a firestorm of reports regarding illicit behavior from Ford, including public drunkenness, death threats, and unsavory remarks. Amid it all, he did not resign despite a strong public push to do so.

Now, a year after all of the public drama with Ford began, he is finally seeking addiction treatment. Ford recently announced that he is taking a leave of absence from his position as mayor and will be receiving help for substance abuse. His road to recovery and leave of absence seem to be associated with rumors that yet another video of him smoking crack cocaine has recently surfaced. Ford is now acknowledging that he has a problem, which is of course the first step in the right direction.

Substance abuse can deteriorate every aspect of an addict's life and a career is no exception. Ever since news first surfaced of Rob Ford's relationship with drugs and alcohol, the media and general public have been tailing Rob Ford for further evidence of his addiction or details about his private life. More stories of Ford's substance abuse came to surface over time and public opinion of Ford generally began to dwindle both at home in Canada and abroad. Public opinion in Toronto of Ford as a mayor midway through the last year's worth of scandal was hardly dented according to some public opinion polls, but his reputation is permanently tarnished.

Throughout the last year, Ford has displayed several classic signs of substance abuse.

Ford will likely be seeking treatment for crack cocaine and alcohol abuse, perhaps alongside other substance abuse treatment. While dealing with these core issues, he will no doubt also be guided through learning how to better manage his anger and general reactions to life stresses, especially being in the public's eye. While talk show hosts and the media have readily laughed at Ford's antics and one-liners, we should remember that this is a real person struggling with real addictions. Hopefully, Ford will get the treatment he needs and emerge clean and renewed and triumphant.