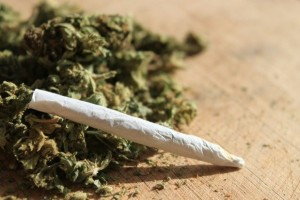 There has been a recent upsurge in the use of marijuana for certain types of medical conditions in adults including chronic pain, neurological disorders such as multiple sclerosis, and even with psychiatric problems such as depression and anxiety. As the use of marijuana as a medical treatment becomes more popular there has also been a growing interest in using marijuana to treat certain developmental and behavioral disorders in children. The specific disorders that have been hypothesized as potentially being able to benefit for treatment include attention deficit-hyperactivity disorder (ADHD) and autism spectrum disorders (ASD: or what many readers just know as autism). The sedating effects of marijuana have been hypothesized by some to be viable treatment options for these two disorders, both of which are primarily recognized in children and adolescents. But is marijuana a viable treatment alternative for children and adolescents? A recent review article in the Journal of Developmental & Behavioral Pediatrics offered an opinion regarding this potential usage [1].

First, the authors report that a review of the empirical evidence regarding marijuana as a potential treatment for ADHD or ASDs indicates that there is no sound research evidence to indicate that marijuana is an effective treatment option for these disorders [1]. Marijuana might reduce some disruptive behaviors in children that have these disorders such as hyperactivity, loud repetitive yelling, and hand flapping, behaviors are very distressing to the parents and others; however, this type of symptom management with a potentially dangerous drug is frowned upon by the authors of the article.

Secondly, the authors rightly report that even casual use of marijuana in children and adolescents is known to result in a number of neurological changes such as reduced white matter in the brain [2]. White matter is a term often used to refer to the singling portion of the neuron and diseases that affect white matter include multiple sclerosis Parkinson disease, and other neurological conditions that result in long-term and often irreversible physical and cognitive problems. The research has indicated that even casual but steady marijuana use in children and adolescents is associated with declines in IQ scores, risks of addiction, and increased vulnerability to anxiety, depression, and psychosis [1]. Thus, while the research on the effects of marijuana usage as a medical treatment for children and adolescents is limited, it does indicate that the use of marijuana as a medical treatment for children is counterproductive.

Finally, according to the authors it is well established that children who are diagnosed with ADHD or autism have significantly higher rates of substance abuse and addiction than children not diagnosed with these conditions. The authors speculate that it would be counterproductive to place children on a drug that is associated with abuse, is potentially addictive, and has little empirical evidence to support its effectiveness in treatment.

But while this author agrees in principle with the conclusions of this particular review article, the article does indirectly point out some glaring inconsistencies regarding the treatment of childhood conditions like ADHD by the psychiatric establishment. For instance, the stimulant medications and other medications used to treat ADHD are also potentially addictive, have questionable efficacy in clinical studies, and can also result in long-term effects in the brains of these children that can be very severe. So while this author does agree that medical marijuana is not appropriate for treating adolescents and children, he also wonders if this type of article adds credence to the arguments supported by many in the anti-psychiatry movement in America. Having worked in mental health and having done quite a bit of work with children who have ADHD and ASDs it is interesting to see the potential hypocrisy put forth by this article. Many of the reasons that the authors in the article give for not using marijuana on children have also been discussed as evidence against using most of the approved psychiatric medications that are currently prescribed for children. A really good article by a psychiatrist in Kentucky that received some national attention highlighted this dilemma. The article can be found here.