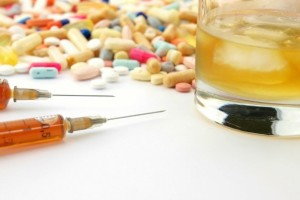 The medical response to treating most conditions, even psychiatric conditions, is to prescribe some form of medication. Can medication effectively treat alcoholism? An important study in the Journal of the American Medical Association looked at the current evidence.

Let's start with a quick primer on research methods.

In statistics we refer to the term "power" as the ability to detect a significant effect when one is there. Certain types of different research approaches have more power than others. One particularly powerful approach in research methodology is a technique known as meta-analysis. Meta-analysis combines the effects of many studies to determine if the phenomenon being studied is indeed effective. For example, meta-analytic studies have been done in order to determine if medications like antidepressants or vaccines are effective, if different types of psychotherapy are effective at treating depression, etc. The basic idea behind meta-analysis is very quite simple. Being able to draw on the results of multiple studies would have more statistical power than just the results of a single study. So if meta-analytic studies suggest that a certain technique is effective in treating something, this is stronger evidence than the results of single studies.

The Deal with Medications and Alcoholism

A meta "" analytic study recently reported in the Journal of the American Medical Association included 122 randomized controlled trials and one other study that all were at least 12 weeks long to determine the effectiveness of several medications in treating alcohol use disorders (Jonas, Amick, Feltner, et al., 2014). Randomized controlled trials are the gold standard in research because the methodology used allows for the researcher to determine if the treatment actually caused the particular outcome, whereas other types of studies cannot determine cause-and-effect relations (see Hatfield, 2013 for a complete review of research methods).

Most of the studies in the meta-analysis looked at the medications naltrexone (common brand names Revia or Depade) or acamprosate (brand name Campral). Both of these medications block neurotransmitter systems that are associated with the development of cravings and are believed to be able to reduce the urge to drink in people that take these medications.

According to the meta-analytic findings by Jonas et al. the NNT for oral naltrexone for return to any drinking at all was 20 and for a return to heavy drinking patterns was 12. The NNT for the return to any drinking at all for treatment with acamprosate was 12. There were no significant differences found between the use of the two medications (the researchers could not find any statistical evidence to establish the superiority of either medication compared to the other). As a comparison, meta-analytic studies using psychotherapy typically find an NNT of between 7 "" 10 for psychotherapy and alcohol use disorder (e.g., Riper, Andersson, Hunter et al., 2014); however, psychotherapy has the added benefit of concurrently treating things like depression, anxiety, etc. whereas these medications are unable to do that.

Most of the readers of these articles are probably more familiar with the medication disulfiram (brand name Antabuse) for treating alcoholism. Disulfiram does not affect the urge to drink but instead results in the person developing a noxious reaction if they drink alcohol while on the medication. This results in the person getting very sick and hopefully will dissuade them from using alcohol in the future. The research on the effectiveness of disulfiram has never been positive because people taking this medication still get urges to drink and can often simply stop taking the medication for 48 hours before drinking with no ill effects at all (Jonas et al., 2014; Hatfield, 2013).

Thus, based on the current research findings it appears that these medications can be extremely helpful in treating alcoholism; however, it appears that combinations of medications, psychotherapy, group therapies such as AA, and other factors such as social support are needed to bolster treatment effectiveness.

Do you think that the use of medications has a place in treating addictive behaviors such as alcohol use disorder? Why or why not?