Methadone Treatment: What You Need to Know

Methadone Treatment: What You Need to Know 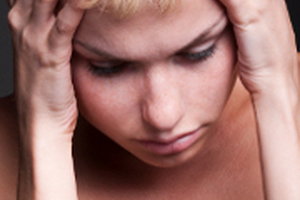 Most of us are familiar with the term methadone and relate it to a synthetic analgesic used to help heroin addicts detox from their active heroin use. However, there is more to the methadone story than just helping heroin addicts during withdrawal from the drug.

Heroin was created in 1937 in Germany, where there was need for a pain medication similar to morphine. Its use in the U.S. began in 1947 when it was discovered that there was cross-tolerance with heroin and morphine. This gave it the beneficial role of substituting for heroin in withdrawal circumstances. Heroin withdrawal can be debilitating and the discomfort, along with flu-like symptoms, lasts for several days. Those who are in withdrawal quite often use heroin again just to stave off the debilitating side-effects of "cold turkey" withdrawal. Although they pose no real danger to the health of the user, withdrawal symptoms are so uncomfortable and long-lasting that users are hard pressed to remain steadfast in their attempts to stop using heroin.

In use throughout most of the world as an effective treatment for cancers and other pain management situations, methadone has a dual purpose; as a pain relief provider and as a component in substance abuse treatment. Initial thinking was that substituting methadone for drugs of abuse would allow addicts the opportunity to restructure habits and behaviors that came with their addiction.

Methadone a Source of Secondary Addiction

The dosage used in the U.S. for a program of substance abuse recovery, often termed "methadone maintenance," are believed to be high enough to assist heroin addicts in permanently kicking their heroin dependency. However, there are several gaps in logic regarding the use of methadone for those who are addicted to opiates. The first is that methadone has been found to be even more habit-forming than heroin, so a new addiction may be formed. As with nearly all drugs of this type (opiates), increasing doses are necessary to maintain a life free from related withdrawal symptoms, once addiction to methadone has occurred. If doses get too high, a methadone overdose becomes a real risk.

Because the costs of methadone treatment in the U.S. are primarily paid by taxpayers through government-assisted programs, the dose used has been capped at 100 mg. Most agencies will testify that their highest doses fall far short of that number. This then creates a need (desired) in the recipient to increase his dose on his own, which may lead him back to street drugs or buying methadone from other program participants. There are also many addicts who require much higher doses than the dose provided during recovery to combat the onset of withdrawal symptoms. Some can tolerate doses over 300 mg per day. This is one of the greatest faults found with methadone treatment in the US. There is little or no end date set for these programs, meaning that the addicts being treated may become life-long recipients of a substitute drug that creates an increased need for a higher dose and a cap on the dose they can receive.

Around the world, methadone programs vary in the dose amounts used in and in how it is dispensed. Program structure notwithstanding, there is little evidence for the efficacy of methadone to stop or stem the rising numbers of opiate addicts around the world.

Kelly McClanahan has an MSW in clinical social work, with a specialization in substance abuse treatment. Having worked in this field for over 20 years, she is currently working on her certification as an addiction counselor.