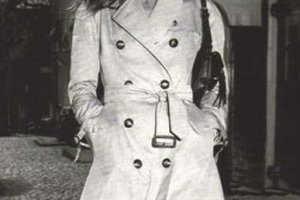 The world of celebrity endorsements is a fickle one. One minute, celebrities are up to their necks in sponsorship deals, the next minute brands dump them at the slightest hint of a scandal that could tarnish their own reputation.

That's because most advertisers these days have written moral clauses into the contracts of their celebrity endorsers, just to make sure they could quickly distance themselves from celebrities who've done something, well, bad, and are no longer seen as role models for their respective brands.

One such endorsement deal-breaker is getting involved with drugs. Whether someone exposes them to be drug users or worse, have pictures of them published while taking a hit, they can kiss a fortune in endorsements goodbye, just like the celebrities listed below have done.

Weeks after pictures showing Kate Moss snorting several lines of cocaine in 2005 were made public, clothing retailers H&M, Chanel, and Burberry dropped the hard-partying English supermodel like a hot potato. Surprisingly, after getting out of rehab less than a year later, Calvin Klein, Dior, David Yurman and Louis Vuitton, and even Burberry signed her up for even juicier endorsement deals, helping Moss reach the top of the modeling world once again.

Actor Ben Curtis became a celebrity of sorts when he starred in those annoying "Dude, You're Getting a Dell!" ads circa 2000 to 2003. He could have played the hyper-enthusiastic Dell Dude character a few years more had he not been busted for attempting to buy a bag of marijuana in New York City in 2003. Shortly after his arrest, the computer giant dumped Curtis and his ad campaign.

Floyd Landis was at the top of the world after winning the 2006 Tour de France. But it was all downhill from that point on for the American cyclist when he was found to have used performance enhancing steroids, synthetic testosterone to be exact, during the competition, and he subsequently lost the title, $3 million due to the termination of his contract with erstwhile sponsor Phonak, $2 million in lost endorsements, and nearly $4 million in prospective endorsements of equipment, bike manufacturers, clothing and lifestyle products as reigning Tour de France winner.

Less than a year after being crowned the greatest Olympian of all time with his 8 gold medals at the 2008 Beijing Games, Michael Phelps was careless enough to get photographed smoking cannabis from a bong, and it's a picture that British tabloid News of the World was only all-too-willing to publish earlier this year. Cereal and snack manufacturer Kellogg's wasted no time and announced that it will not renew its sponsorship contract with Phelps. Many believe Phelps stands to lose more when other brands who have made deals with Phelps take their cue from Kellogg's. Interestingly, Kellogg's stock took a significant hit, no pun intended, after they dropped Phelps.

Lindsay Lohan was the face of Jill Stuart, but eventually, the fashion line smartened up and dropped Lohan in favor of Oscar-winning actress Hillary Swank. Officially, Swank was hired to replace Lohan in line with Jill Stuart's decision to go for an "older" star to represent the fashion line. But Lindsay Lohan's wild partying ways, multiple repeated stints at expensive rehabs and reputation for being a drug user, capped by a published picture purportedly of Lohan doing drugs may have had a hand in Jill Stuart's decision to dump her.

Surprisingly for an athlete who shuns media and fans, homerun king Barry Bonds nevertheless snagged endorsement deals worth millions from such corporate giants as MasterCard and KFC, among others. But his popularity with advertisers crashed when he got involved in the Bay Area Laboratory Co-operative (BALCO) steroid scandal in 2003. In 2007, he was indicted on perjury and obstruction of justice charges for allegedly lying while under oath about his alleged use of steroids.

Along with Barry Bonds, Jason Giambi was one of the major league baseball players who got embroiled in the 2003 BALCO steroid scandal. But unlike Bonds, who has adamantly denied ever using performance enhancing drugs, Giambi has admitted and publicly apologized for taking steroids. Nevertheless, he still lost lucrative deals, valued at around $3 million annually, with Nike, deodorant brand Arm & Hammer, and soft drink giant Pepsi after coming clean about his steroid use.

Sprinter Justin Gatlin has, among other things, won the 100-meter gold medal winner in the 2004 Summer Olympics. As an Olympic and world champion, he stood to earn an estimated $2-4 million in annual endorsements and sponsorships. But in 2006, he tested positive for a banned substance, believed to be testosterone, and was subsequently meted a four-year ban from track and field competitions. Needless to say, Nike, Gatlin's main sponsor, dropped him from its sponsorship stable a mere three weeks after his doping results came out positive, and prospective advertisers naturally shied away.

Find more on famous drug addicts throughout history, celebs who beat drug addiction, or those who sadly succumbed to the ultimate danger of drugs... overdose.