Myanmar's Heroin War Is Lost--Can America Be Next?

Myanmar's Heroin War Is Lost--Can America Be Next? 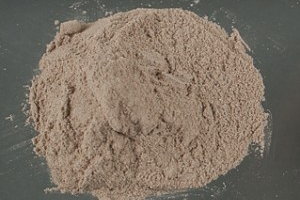 Myanmar (also known as Burma) has long been one of the world's leading producers of heroin, and production of this opiate drug derived from poppies does not appear to be slowing. While the heroin export/import ration may have gone down after the 90s, that does not mean that production, import and export of the drug has stopped altogether.

Due to the fact that Burma is the second largest producer of poppy seeds, most countries can link heroin exports to Myanmar. The United Nations Office on Drug and Crime has tried cracking down on the country but it appears that we are far from seeing the end of heroin exports from Myanmar.

Controlling Where There's No Control

Many of the citizens, police and civilians in Myanmar engage in heroin usage. The most common using grounds are cemeteries. The cemetery acts as a safe haven for junkies and social users alike. Many of the citizens of Myanmar contribute the lack of control of this drug to the fact that most of the officials use it as well.

Due to undercover investigations, many officials who set out to control the use have instead become addicted to the drug themselves. When police go undercover, it is their job to ensure that their persona is completely believable. There is no way to convince a dealer that you are a user unless you actually use the drug in front of him. The undercover investigators may have had good intentions to start, but they have fallen short of fixing the problem.

The cemeteries in which the heroin users hang out are littered with addicts--many who end up as fatalities. Every day, there are more than five drug users discovered dead. The cause of death is almost always attributed to heroin overdose. The irony that users are dying in a cemetery that is filled with bodies of drug overdose victims is far from humorous. It is a travesty that needs to be stopped.

Opiates in the United States

Myanmar's drug exports have touched many countries, including the United States. Many people fear that, if something drastic is not done soon, the United States will succumb to the same fate as Myanmar, if not worse. Heroin usage is a worldwide problem, and it is one that can essentially be the downfall of life as we know it.

According to recent studies, more than 50 percent of major crimes committed in the United States are linked to opiate drug usage. Statistics also state that over $480 billion has been lost due to opiate use, addiction and recovery. Those numbers include loss of wages, cost of hospital bills and even criminal justice system costs.