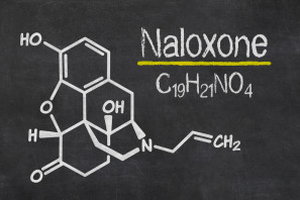 The search continues for ways to prevent rampant spread of addiction. Since treatment protocols are only somewhat effective, there is a search for replacement or substitute drugs that can interfere with the progression of addiction in those who use drugs.

Drugs can either interfere with the chemical reaction of the body to other substances of abuse or create adverse effects like Antabuse, which is used to stop drinking behaviors by making the drinker sick if they're on the drug.

Researchers have discovered one drug, Naloxone, which has shown promise for heroin addicts. Recently, drug researchers at both the University of Adelaide, South Australia and University of Colorado in Boulder have shown interesting links in the use of Naloxone.

Previously seen to be effective in blocking the use of a brain receptor believed to be linked in addiction to heroin, Naloxone has shown the same benefits when used to block the addictive properties of cocaine.

This receptor, known to scientists as Toll-like receptor 4 (TLR4) is an immune receptor in the brain that responds to cocaine to produce a pro-inflammatory response. This response is considered a vital link in the reward system underlying formation of the addictive process.

The first response that a heroin or cocaine user feels is a sense of well-being and pleasure, often called "a rush." This rush is created, according to the research, in the receptor known as TLR4 which is known to play a key part in creating addiction to the drug.

The user continues to seek the rush and drug use escalates as more and more of the drug is required to achieve the same effect. This is the process of addiction called tolerance. When there is no pleasure involved, it is believed that the user will stop using the drug.

Discovering that the same receptor is responsible for the rush received with cocaine is a big step toward testing Naloxone for further use in substances of addiction, such as methamphetamine, alcohol and others. We can perhaps speculate that addiction has a common mental component that is as simple as overusing the TLR4 receptor in the brain of a user. We might even go so far as to wonder if this is the key to finding a common solution to stopping the addictive properties of all drugs on the brains of users who have this common factor for addiction.