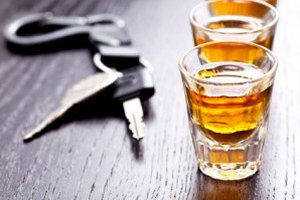 Do you feel comfortable driving a car after a drink or two? Most of us would say yes, but we could be headed for big changes in the US. The National Transportation Safety Board is suggesting a lowered limit for blood alcohol content (BAC) to determine impairment to operate a motor vehicle. While the agency does not mandate laws, the recommendation is made to mark the 25th anniversary of a crash between a drunk driver and a school bus full of children on an outing to an amusement park. The horrific crash killed 25 and injured 34, all on the outing as a church group in Kentucky.

During the period between 1982 and 2004, the years it took the US to lower the legal limit of BAC from 1.0 to the current rate of .08, this country saw a decrease in traffic fatalities due to drunk driving. Some groups, such as Mothers Against Drunk Driving, hope to eliminate drunk driving completely. Their push is for legislation to increase penalties for those convicted of DUI. Since 1/3 of all arrests for DUI are repeat offenders, this new proposed legislation may not be the best fix to put an end to DUI fatalities.

One approach has been a campaign aimed at prosecuting those who serve alcohol past the legal limit at parties, bars and social/family occasions and do not take the keys from those who indulge. Since even one drink can affect their judgment and responses, drinkers should not be allowed to get into a car and drive. This thinking has led to numerous law suits against bar and restaurant servers, not to mention the family members who serve alcohol at their gatherings.

A group speaking out in favor of a lowered BAC is the Governors Highway Safety Association. They state that while lowering of BAC from 1.0 to .08 has saved numerous lives, they are looking at a reduction of about half as many deadly crashes with a change to .05.

Throughout the world, many countries have already reduced their legal limit to .05. This equates to about one drink for a female who weighs 100 pounds, or two drinks for a male weighing 140 pounds. Because there are metabolic factors that determine who can drink how much to reach that limit, the number of drinks may differ from one person to another. Judgment is thought to be impaired at .05 for all drinkers, no matter their size or seeming tolerance for alcohol.

Currently, the annual rate of deaths due to drunk driving is about 10,000. This number has been consistent since 1995.

The strongest opponents of the changes are those who support drinking, primarily restaurants, bars, nightclubs and manufacturers/distributors of alcoholic beverages. Many changes in the way they do business have been seen over the last 25-30 years, including the legality of advertising and how and when they can do it. It is expected that their voices will be opposing new limits on consumption of their products.