The Dangers of Marijuana-Impaired Driving

The Dangers of Marijuana-Impaired Driving 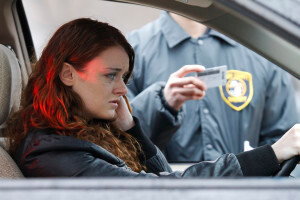 A recent study regarding the effects of marijuana on driving performance showed dangerously impaired motor coordination. Those with a blood content of 13.1 micrograms/L of THC, which is close to the 0.08 legal limit for blood-alcohol content in many states, showed patterns of weaving outside their designated lanes in traffic. Tests were conducted in driving simulators to gain specific details of impaired driving ranges for those under the influence of marijuana, both alone and with combined influence of alcohol and marijuana.

Of particular interest were those tests which showed impaired results for both marijuana and alcohol, combined. The results were impactful because neither substance was at the designated range for impairment; even though tests concluded that impairment was recognized.

In essence, this means that lower doses of marijuana, when combined with lower doses of alcohol, have a cumulative effect that impairs the driving capabilities of the user, even though neither substance indicates in a range that is prohibited by law.

A dangerous level of alcohol and marijuana may not be considered problematic, when tested separately. Also found in the study were significant differences in content of THC, the psychoactive ingredient in marijuana, when tested using different methodology.

Blood tests for THC may not indicate the accurate level in a person's body, due to the 2-4 hour time frame it takes to gather the specimen in most cases. A breath test, which can be gathered immediately at the scene may be more beneficial, time-wise, but is less accurate a measure of actual THC content in the driver's blood. These variations in testing capability cause concern for police in determining impairment in drivers due to marijuana use.

Another confounding implication is seen with those who are aware of how to control their peak blood levels by "titration", which is a method for controlling inhalation while smoking marijuana. This method can alter the readings on breath tests for marijuana consumption by a driver. A range of 2.9% to 6.7% is seen in variations in drivers using this method. Alcohol consumption radically changed these peaks to a measure indicating severe impairment.

The true measures for drugged driving accidents is skewed for many reasons:

A nationwide study, done in 2010 on fatal crashes, determined that 36.9% of drivers had smoked marijuana. Given this high statistic, it is reasonable to state that impairment from marijuana use can be considered deadly.