Once an Addict, Always an Addict?

Once an Addict, Always an Addict? 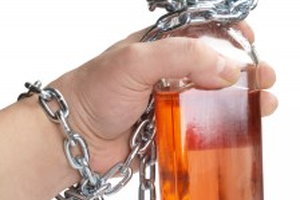 "I am allergic to alcohol. Every time I drink it, I break out in handcuffs!"

With that being one of the first things said to me after I finished my first required AA meeting, I decided that attending the meetings might not be too bad; they're all making jokes about their drinking problems. Like many other addicts and alcoholics, my first time in a meeting was only prompted by a court decision for me to go. After obtaining my first D.U.I, I figured I had better slow down for awhile because I surely didn't want to end up back in jail. It didn't take long before I was in jail again. It didn't take long for me to continue drinking, even after I had been told not to. It also didn't take long for me to fall deeper and harder back into the things that had gotten me there in the first place.

Did I Really Have a Problem?

Once I had truly established that I had a problem with drugs, it was long after I had been arrested for driving while intoxicated. I had only experimented with prescription pills and marijuana, but harder and scarier drugs followed shortly after. I often asked myself how I developed the problem. It wasn't like the first time I used drugs I shot up heroin. I smoked weed, just like all of my friends. The difference was, my friends had successfully passed that stage of their lives and were moving on to bigger and better things.

Addiction Is a Disease

Realizing that addiction is truly a disease is something that many people in recovery and active addiction can understand. On a regular basis, I come across people who have never had an involvement with addiction but still stand strong on the fact that it is the addicts' fault for choosing to do drugs. Unfortunately, that's like saying it's a diabetic's fault for eating too much chocolate. It's false. Sure, ingesting too much sugar can increase your risk for the disease, just as drinking a fifth of alcohol a day would increase your chances of becoming an alcoholic. Addiction is a disease that can never be cured—once an addict, always an addict. The important step is learning to manage your addiction by staying away from things that are harmful to you.

Experience Life to the Fullest

It is crucial to know that addiction is not a choice and it cannot be cured. At the ripe age of 16, my "try everything once" motto was always pushed to the limit, and I certainly wasn't the only one. In fact, my friends and I usually tried everything at the same time, together. It was safe to say that I had no way of knowing which way experimentation would take me, and I most definitely didn't know that it would one day lead me to become a homeless, poor junkie. I remember my one set boundary was that I would never use a needle. The hunger for something more, a stronger high, crept up from the depths of my body and spiraled me into a drug frenzy a few years later. Being sober now, of course I say that I would have never tried drugs if I knew I would be in this place, but is that really true?

There are millions of people who can drink casually or smoke marijuana and not let it hinder their everyday lives, but if you are not one of those people, it is important not to despair. It isn't like "future addict" is carved into your birth certificate, just like "cancer patient" or "diabetic" isn't carved for people who have those ailments. What matters is taking positive steps in your recovery and being mindful of those still in active addictions, especially for people who have never experienced addiction. Recognizing that you were born with the disease of addiction will be vital towards your sobriety. I know I can't turn back time and take back the choices that I made and the things that I did, but now I can keep my head up, avoid substances, live a healthy life and help those who are also suffering from the disease of addiction.

We've all seen the commercial for the rehab centers that can cure your of your addiction and then you're free. We all know if that were possible and it was that easy, we'd all be cured. Addiction is a disease that is incurable, but certainly not unmanageable.