Op-Ed: Why Marijuana Should Be Legal

Op-Ed: Why Marijuana Should Be Legal 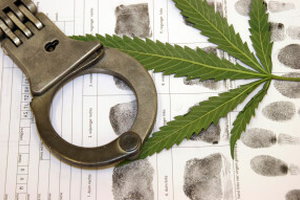 Objections to the legalization of marijuana seem to center around the message it will send to our teens. If the message is so important, then what message are we sending to our nation's youth by having marijuana which has no reported fatalities illegal, and keeping cigarettes and alcohol the first and second leading causes of preventable death legal? At best, it causes kids to minimize the dangers of alcohol and cigarettes. At worst, it causes kids to dismiss the whole matter for lack of any credibility. By making marijuana legal, and controlling it in a manner similar to the way we control alcohol and cigarettes, we present a more consistent message to our youth: all three are worthy of discretion and limitation.

Not Endorsing Pot for Our Youth

Other objections to the legalization of marijuana are objections that could apply equally to cigarettes and alcohol. For instance, people are concerned about the effect of marijuana on the teenage brain. Studies have shown that the younger a person is when they start drinking alcohol, the quicker the person will become an alcoholic drinker. The vulnerabilities of the teenage brain are not limited to marijuana by any means. One big difference between alcohol and marijuana is that the former is better regulated. Marijuana needs to be similarly regulated. Neither should be available to minors. The message should be consistent.

Medicinal Purpose: Marijuana Has Many

In fact, we now know that marijuana has one characteristic that separates it from other illegal substances AND from cigarettes and alcohol--it has medicinal uses. Marijuana has been found to relieve pain and nausea, and to increase the appetite of people who need the nutrition but cannot eat because of discomfort or lack of appetite. It is well documented that marijuana provides unique relief for cancer patients.

Eliminate the Black Market for Marijuana

Any objections to legalization are far outweighed by the damage caused by keeping marijuana illegal.

First and foremost is the dangerous and deadly black market, in which criminals wage war on one another, on innocents and on officers of the law in protecting their territories. By legalizing marijuana and controlling the channels of distribution, we take the power out of the hands ofcriminals.

Secondly, we criminalize and jail people who do not belong in jail. We do not jail people even if they have twenty cases of beer in their basement, or 500 bottles of wine. It is no different with people who hold a personal stash of marijuana. The same laws regarding operating motor vehicles and selling without a license would apply. If an addiction develops for alcohol or marijuana, it should be addressed medically, and not penally.

First, as a practical matter, no person should be in jail, taken out of the work force and put on the government bill, for the simply reason that they smoke pot and keep a reasonable stash with them. The world is full of highly functioning people who have smoked, or continue to smoke, marijuana. If they are arrested with a stash, they go to jail. In addition to taking them out of the work force and making them a burden on the government, we place them in an environment that manufactures criminals. Many come out of jail much more corrupt than when they went in, and with a whole new set of tricks.

Second, legalizing marijuana would create jobs, income and taxes in its manufacture and distribution. Our failed "war on drugs" shows that people are going to smoke marijuana no matter what, just as prohibition showed us that people are going to drink alcohol no matter what. Legalizing the sale and distribution brings money into the economy that previously remained untaxed in the hands of criminals. The economic benefits of legalization are apparent in both money not wasted, and money created.

Finally, the mountains of money that our government has allocated to chasing down those manufacturing, distributing or using marijuana can be reallocated for other uses, whether that is for real help for addicts in the form of treatment, or simply helping to reduce our deficit.

The time has come. Common sense demands it. The benefits far outstrip any perceived harm. Legalize marijuana. It's the right thing to do.