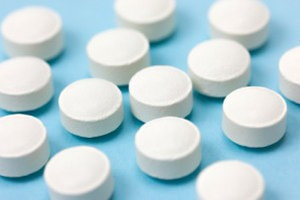 An FDA bulletin released on October 11, 2012, reported that a serious blood disorder called thrombotic thrombocytopenic purpura (TTP) could be caused by the abuse of Opana in crushed and injected form. This blood disorder, which causes the formation of small blood clots in the small arteries of the body, can stop the flow of blood to various organs, such as the brain, heart, or kidneys and result in death. As the blood is being clotted and platelets used to form the clots, there are fewer left available to other parts of the body. Should the blood need platelets in other regions, and none are available, blood collects under the skin and forms purplish abrasions that continue to bleed under the skin, which is called purpura. This creates another threat that can lead to death.

This risk is only present when Opana is crushed and snorted or injected into the bloodstream, but not when taken, in tablet form, as prescribed by a physician.

Since the formulation of a non-crushable tablet for Oxy-Contin, previously the most-abused pain medication in the US, in 2010, Opana has risen to become the most popular drug for abuse amongst those who wish to inject or snort, for the immediacy of effect given, versus swallowing it in tablet form. Therefore, this risk is a serious threat to the abusers of Opana, since that is the primary reason for its increase in popularity and the widespread rise in cost on the street.

A tablet of Opana, which sells legally for $4 to $6 per tablet, can sell for $60-$80 per tablet, when purchased illegally. A report about the rising popularity of Opana in the Midwest and the subsequent rise in robberies of drug stores in the region stated that it is also becoming more widespread for Opana to be sold by those who receive the drug legally to sell it to drug dealers in order to supplement income, including those on Social Security benefits, since they are so economically restricted.

Prescription drug abuse is a rapidly increasing problem over the last decade in the US, with a quickly rising death toll. Another high risk drug of abuse is not what the makers of Opana were hoping to create. An effective, although addictive pain reliever, Opana is in the opioid classification. As with any other narcotic, its effectiveness can become a problem with addiction. Increasing death tolls with prescription narcotic abuse is a national epidemic, and one that is alarming to those who work in the addiction treatment field, as well as other health providers and law enforcement. Prior to this FDA announcement, the highest risk with Opana was seen when it was mixed with alcohol or other medications or taken in too large quantities which resulted in death by overdose.