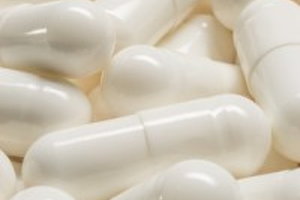 OxyContin is a popular opioid prescription drug with a patented time-release formula that allows for 12 hours of pain relief when properly prescribed and administered. It is the brand name for oxycodone, a narcotic schedule II narcotic. OxyContin can be highly addictive with serious side effects such as nervous system depression, respiratory failure and death when abused. When crushed and snorted or diluted in water and injected, OxyContin delivers a heroin-like rush and euphoria because the drug's full force is immediately felt.

Prescribed for pain associated with a cancer diagnosis or end-of-life in the past, narcotic painkillers like OxyContin are now prescribed for common physical complaints, including chronic back pain. OxyContin addiction often begins during a valid medical treatment and then spirals to an addiction. Physicians and family members need to be aware of evolving drug dependence. Teen abuse often occurs when the drug is in the family medicine cabinet. The financial gain for a prescribing physician is a major draw to such unprofessional and unlawful behavior.

In 2011, drug overdoses, especially with prescription painkillers, were declared an epidemic in the U.S, according to the U.S. Centers for Disease Control and Prevention (CDC). OxyContin is one of the most lethal drugs. It is twice as potent as morphine. It makes a user feel like they can tolerate more of the drug, which can cause respiratory failure, especially when used with alcohol or benzodiazepines.

Tracking Oxy Use and Abuse

Purdue Pharma, the private company that manufactures OxyContin, has compiled a database identifying 1,800 physicians who have knowingly prescribed the drug to addicts and dealers. The information was publicly discussed for the first time earlier this year at a professional drug dependency conference. The manufacturer's data collection started in 2002 but they did not identify the reckless physicians to the proper law enforcement or medical board authorities. There is an ethical obligation to report prescription abuse to the authorities.

A myriad of legal offenses can be charged against an over-prescribing physician. They include: drug trafficking, possession of illegal substances, unlawful distribution, writing illegal prescriptions and potential manslaughter. The federal government is becoming more proactive about regulating pain management specialists, although criminal convictions are random. In many cases physicians, writing the prescriptions are not found to be illegally distributing the drugs.

The federal Drug Enforcement Agency (DEA) regulations for writing OxyContin prescriptions mandate a patient evaluation, a plan of treatment, periodic patient review, medical record keeping and controlled substance laws and regulations but they do not specify the amount of the drug that should be prescribed.

While many patients with serious chronic painful conditions such as cancer refuse to take OxyContin because of the addiction potential and some physicians are reluctant to write prescriptions for the drug due to the legal ramifications surrounding the drug, there are a few points that might preserve the future of OxyContin:

The primary benefit of OxyContin, as an analgesic, is the timed-release formula, which allows twice-a-day dosing. It provides around-the-clock relief for cancer patients and those with chronic pain.

Physicians and pharmacists are aware that this prescription med is in high demand and often taken for off-label uses. New rules and regulations monitor the demand and the actual need so there are not extra pills sitting in medicine cabinets across the country causing temptation to others. Patients need to be aware of the addictive dangers of the medication they are taking and follow the prescription directions.