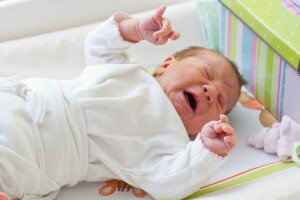 As the problem with addiction to pain medication and other opioids increases in our country, so does the incidence of infants being born addicted. According to a recent report from the Center for Disease Control (CDC), the number of U.S. babies born withdrawing from narcotic painkillers has tripled since 1995.

Neonatal abstinence syndrome, stemming from increased rates of addiction to oxycodone, morphine and hydrocodone, has become a nationwide epidemic. Withdrawal symptoms for infants include seizures, muscle spasms, shaking, diarrhea, vomiting and high fever, along with extensive crying, which can all last from a few weeks to a few months. The symptoms are usually seen in infants early as two weeks of age.

In Florida, where research is being conducted to quell the onset of such high incidence, doctors suggest increasing treatment for mother exposed or addicted to painkillers. The increasing rates of babies born with birth defects caused by their mother's addiction to opioid drugs has also alarmed a number of Florida doctors. These birth defects, aside from the babies' withdrawal syndrome, include heart, brain and spinal problems as well as high risks for premature birth and decreased birth weight.

The reports also show that from 2010 to 2011 alone, 242 babies in three hospitals were born with neonatal abstinence syndrome. With this onset increase in infant birth defects, CDC has been contacted to provide assistance to physicians and mental health professionals.

Infants in four out of five cases require treatment with morphine or anti-seizure medications to control withdrawal symptoms, a Florida doctor reports. The hospitals are also required to place these babies in neonatal intensive care units, where they stay an average of 26 days while being treated.

Because the mothers of babies with neonatal abstinence syndrome suffer from addiction, few of them are able to afford to put their newborns in such expensive treatments. At the same time, a number of these infants do not get to go home as their mother's are decline custody, usually landing the children in foster care. This interferes with bonding between the mother and baby, which is an important developmental stage of mental health for the infant.

One solution, according to both medical and mental health providers, is to place these mothers in immediate treatment when they test positive for drugs during pregnancy. Currently, it is reported that only 10 percent of addicted mothers are being sent for help. Intervention to the mother's addiction is one way to reduce the incidence of babies being born with these issues, provided they are able to abstain from substance use during pregnancy.

Doctors in one Canadian province of Ontario report a rate of increase at 15 times during the years from 1992 to 2011. The Canadian treatment for mothers who have taken or abused pain medications during pregnancy is to place them on Methadone, which is reported to counter-balance the effects of pain medication addiction, increasing birth rates without infant withdrawal symptoms.