Adolescents and Teenagers: Pot Use and the Developing Brain

Adolescents and Teenagers: Pot Use and the Developing Brain 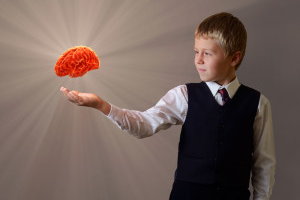 The brain is a fabulous instrument. Even its development is a wonder. As science discovers more about the brain and its beautiful symphony of operation, knowledge of the ways drugs and alcohol affect the developing brain are being discovered as well.

Development of the brain takes place from birth through the age of twenty or so. In a teenage brain, certain brain regions are still forming, and the brain has yet to master the complex functions found in the pre-frontal cortex of the adult brain. This is the processing center; where decisions and judgment are made in an adult brain. This is not yet developed in a teen. Adolescents and teens use another brain process when assessing danger and deciding things that may become life-changing. Judgement in young people may not always be sound.

The synapses (relays) in the brain are not yet protected, as they will be at adulthood. The use of drugs in the developing years can cause permanent damage in the formation of the protective coating (called the myelin sheath) on the synapses. For this reason, and others not yet fully understood, use of marijuana in adolescents and teens can pose a more serious risk than it does for adult users.

Adults have fully formed sheathing on these synapses, protecting the process of communication in the brain responsible for processing thoughts and making decisions. If teenage damage occurs, this type of brain function is possibly never fully formed. As use continues or escalates, more damage to the synapses is done and processing of the pre-frontal cortex is forever impaired. This allows for more impulsivity and less reasoning to be done by the user. In regards to making critical decisions, incomplete processing creates higher risk.

Research over the years has shown that high impulsivity in teens is a marker of alcohol abuse and substance abuse. When a teen is genetically pre-disposed to substance addiction, early drug use poses a problem. Marijuana (pot, cannabis) use during the teen years creates a greater likelihood of problems with decision making and cognitive functions. Advancing to heavier drugs during this time of life may be due to a lack of reasoning capability. Further, continued use of pot can affect the reasoning capability in the long term. Lacking ability to reason well prevents a teen from determining what is and is not safe, making them more prone to take risks without realizing the real danger. This is a compelling reason against teenage marijuana use.

There is great debate among health professionals about the negative short- and long-term effects of marijuana use among adolescents and teens, including whether or not those effects are permanent. The one factor that seems to be agreed on by professionals on both sides of the debate is the lack of protection of vital synapses in the pre-frontal cortex of all teens, which makes them vulnerable to the effects of marijuana.