Prescription Addiction on the Rise

Prescription Addiction on the Rise 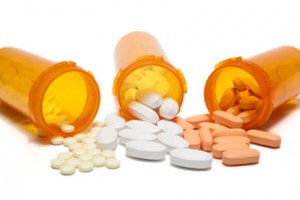 A report released recently by the Substance Abuse and Mental Health Services Agency (SAMHSA), a federal agency researching treatment for substance abuse and related disorders, found that over a ten-year period from 2000 through 2010, the treatment admissions for combined addiction to benzodiazepines, such as Xanax, and prescription pain medications rose over 569.7%.

This rise in addiction to a combination of these two types of drugs indicates a trend that needs to be dealt with in treatment centers. As well as the tendency toward onset of use of the two medications within the same one-year period was the incidence of related mental illness other than the addiction. This means that those working in treatment agencies are going to experience a growing number of co-occurring disordered clients than ever seen before.

Some of the statistics presented in this report are remarkable. The majority of those admitted for treatment of this cross-addiction with a co-occurring mental illness were non-Hispanic white (91.4%). Women admitted to treatment for addiction to these drugs and with a co-occurring mental illness numbered at 49.2 percent, while the most commonly-seen ages were from 18-34 and accounted for 66.9 of the admissions.

As is often the case when discussing the high incidence of prescription drug addiction and stopping it at the source, conversations arise about the need to educate physicians to the need of recognizing the highly addictive nature of the drugs they are prescribing for pain and benzodiazepines. A program sponsored by SAMHSA, Prescribers' Clinical Support System for Opioid Therapies (PCSS-O), is aimed at doing such education in this issue. While this is an important aspect of overcoming the growing trend of prescription drug abuse, it is only the prevention portion of the solution.

The second part of the solution lies in educating those in the treatment community about the needs of this population in their agencies and the growing numbers of those who are becoming addicted. The primary concern is that of initial withdrawal from the medications. Benzodiazepines are primarily used for treatment of anxiety disorders and sleep problems. While heavily addictive, they cannot be suddenly stopped after a period of time. They must be titrated down to a safe-to-stop dose, usually over a period of several days or weeks. As they taper down, addicts will experience the symptoms that made them uncomfortable at the onset of their treatment with the drugs. Combined with pain medications, the impact of the drugs becomes synergistically more powerful, and their detox more debilitating to the addict.

The return to pain and the feelings of anxiety or insomnia are often too difficult for the addict to face. They face ongoing pain and anxiety, panic attacks, rapid heart rate or tachycardia, body tremors, depression, possible hallucinations, and loss of appetite and sleep. The additional side effects of withdrawal from the pain medications are severe muscle ache, nausea, profuse sweating and loss of appetite and sleep. The combined effects of withdrawal from these two types of drugs is serious and must be monitored medically by trained personnel. It is time for those who work in the addictions field to recognize this as another new face in the war(s) on drugs.