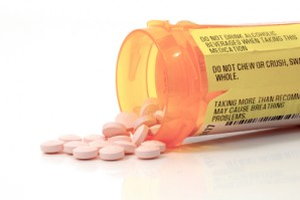 Proven addictive opioid pain medications—such as oxycontin, morphine, and fentanyl—prescribed for their long-term effects on managing pain are being relabeled due to their high risk for abuse, dependence and overdose. This new FDA ruling targets specific drugs in an attempt to curb abuse and addiction will take affect by the end of this year. These new label regulations also serve to remind physicians of the dangers prescribing these medications to patients who suffer from low to moderate pain or short-term pain.

How the New Labels Are Different

Current language on these prescriptions indicate usage for moderate to severe pain. The change in prescription labels will indicate use for only those patients who need treatment of long-term, severe and chronic pain. This will reduce the number of patients being treated with these medications, which were originally developed for treatment of cancer and other end-stage diseases where dependence and/or overdose issues were not concerns.

In the past, trying to regulating prescriptive use of long-acting painkillers has had little effect on the numbers of addicts who have either abused or overdosed on these medications. Physicians continued to prescribe these analgesic painkillers and they continued to contribute to the overdose deaths of increasing numbers of patients. Research indicates that the rate of overdose in women by prescription painkillers from 1999 to 2010 rose over 400% from the previous period, to over 48,000 deaths. Men overdosed during this same period at a rate of 265% and still rank higher than women.

New label changes should reduce the number of oxycontin prescriptions. Meanwhile, further educating physicians who treat chronic pain is important. Those who abuse painkillers are inclined to experience pain differently than others. Some have used analgesics for years to mask emotional pain and are addicted to the medication for day-to-day existence. These persons may have physical injuries that indicate need for medications, but cannot separate symptoms of pain from withdrawal symptoms. Professionals in treatment for pain medication addiction can provide treatment and education to both the addicted and their physicians, who may not recognize symptoms of addiction.