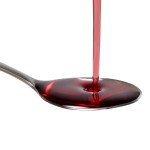 A bill introduced in July, 2012, for restricting the sale of DXM, or dextromethorphan, without registration with the Food and Drug Administration, for purposes of producing over-the-counter cold and cough medications, will help reduce the use by teens of this drug. A common ingredient in several cough and cold remedies, DXM, has been used by young people, ages 12-20, and sometimes younger, for the high they can achieve with its use. Common street names include: Skittles, Triple C, Tussin, Dex, and Robo.

Since 1999, abuse of DXM has continued to climb in frequency. Because they can purchase DXM medications without a prescription, teens abuse drugs such as these for their stimulant effects and at higher doses, to induce hallucinations, and reported "out of body" experiences.

Used widely since 1950 in various products available for over-the-counter use, DXM began its climb to popularity in the late 1990s and early 2000. During this period, it was discovered that one product containing DXM was being used in capsules filled with powder created, using methods for reduction. This increased DXMs potency to hallucinogenic form.

Nationwide, emergency room visits for young adults numbered nearly 6000 annually due to the result of DXM abuse. Between 1999 and 2010, calls to a Poison Control Center in California regarding DXM increased by 850 percent for teens.

Due to this trend in abuse of DXM, California enacted Senate Bill 514 in January, 2012. This legislation requires a prescription for any sales of over-the-counter medications containing DXM to those under the age of 18. The US Senate bill introduced in July is a nationwide attempt to control the sale of this substance, which is currently available for sale in bulk form without restriction.

Deaths attributable to DXM were seen in five cases in 2005. At that time, the FDA issued warnings to health and law enforcement agencies about dangers of abuse of DXM. Some of the reported effects of abuse of DXM are seizure activity, vomiting, brain damage, high blood pressure and heart rate, and death. Combining this drug with other drugs is a fatal mistake. As with many other drugs, the use of DXM in combination with alcohol, sedatives, or stimulants can have multiple damaging side effects, many of which lead to the increase seen in emergency room visits for those abusing this drug.

The current legislation, created by Senator Bob Casey of Pennsylvania and Senator Lisa Murkowski of Alaska is known as the PACT Act, (Preventing Abuse of Cough Treatments). They reintroduced legislation this last March limiting the sale of products containing DXM to those over the age of 18 nationwide, as well as restricting sale of bulk DXM to only those with registration for production of over-the-counter remedies.