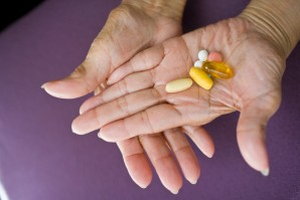 Statistics tell us that every day for the next two decades, 10,000 Baby Boomers (the generation born between 1946 and 1964) will turn 65. Every day! For many reasons, this generation will bring with it a trend that is already being seen in addictive use of pain medications.

While addictive use of opioids is on the rise throughout the world, the US is experiencing an increase of addiction for a new population. In previous years, as opioid abuse and addiction escalated, the population most problematic were teens. Recent studies indicate a change in this paradigm. Data gathered between 2002 and 2012 indicated a decrease (from 11.6 percent to 9.5 percent) in opioid use by teens aged 12-17, for the first time since the research began in the 1960s.

Use of pain medication has increased for adults aged 50 to 54 from 3.4 percent to 7.2 percent. For those between the ages of 55 and 59, the increase jumps from 1.9 percent to 6.6 percent. The expectation for those who study the trends is that numbers will continue to escalate over the next 10-20 years.

Why Are Seniors Becoming Addicted?

The reasons are many. Those in the 50-70 year range are members of the era of the Vietnam War. They were exposed to a widely publicized onset of drug use and abuse. Whether or not they participated, it is expected that most have at least experimented with drugs in some form. Due to this exposure, they are more inclined to view drug use, and even addiction, with an open mind and more tolerance than those aged 70 and older.

Those who are in the 50-70 year range are using vast quantities of pain medications and becoming addicted. This population is showing up in treatment centers more frequently, and increase is anticipated.

Factors that lead to an increase in seniors taking pain medication are numerous. Along with pain that is part of aging, such as bone deterioration, arthritis, and other medical conditions; there is also a high percentage of seniors (approximately 63 percent) who battle either depression or anxiety.

Added are the issues of losing friends and family members, living alone after the loss of a life-long spouse, children moving away, and poorer health and quality of life. All of these may exacerbate the desire to use and/or abuse medication. Some are beginning to decline cognitively, and take more than prescribed, forgetting how much and when they last took medication.

High costs of medical intervention have increased the number of people who do not receive needed surgery for painful conditions. This also makes dependence on pain medications likely.

How to Get Your Senior Help

If you know a senior who is dependent on pain medication, it is vital that they get help before they overdose or harm themselves or someone else while under the influence. Be supportive and understanding when talking to them about their use of pain medication. Specialized treatment can be found for seniors, and doctors who specialize in this area are available.