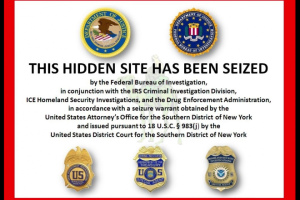 The Silk Road, a name for an ancient trade route from Europe and traveling through countries of Europe, India and China, was also the name of a website providing illegal drugs. Started in February 2011, this website operated on a system that kept website visits anonymous from normal browser activity.

A regular marketplace for drug sellers and buyers, this website was made popular in June 2011 when an article was published about it in a trade magazine. Using bitcoins instead of regular currency for trade, Silk Road was created and run by a young man by the name of Ross William Ulbricht, who used the name "Dread Pirate Roberts", a pseudonym of a character in the movie, The Princess Bride.

In early 2013, there were over 10,000 products for sale on Silk Road by its various vendors. Approximately 70% of those products were drugs. These were listed for sale in groups labeled prescription drugs, cannabis, steroids, ecstasy, opioid narcotics, stimulant drugs, psychedelic drugs and dissociative drugs.

There was a section available for buyers to leave reviews of the products marketed on Silk Road, along with a forum for exchange of information about sellers. This forum advised potential buyers of sellers whose wares were best or a scam.

In February 2013, international drug agents arrested an Australian dealer for cocaine and ecstasy from traffic followed on the website, which began the end of its existence. Following this arrest, subsequent activity shut the website down. In October 2013, Ulbricht was arrested in San Francisco, CA and charged with operation of the billion-dollar drug trade believed to have been operating on Silk Road.

On February 4, 2015, Ross William Ulbricht was convicted of seven charges, for which he faces 30 years to life in prison. As of now, his sentencing is scheduled to be held on May 15, 2015.