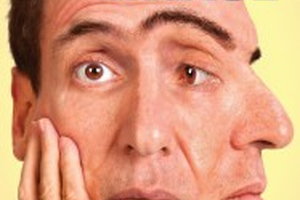 How does our childhood—the families we're born into, the friends we make, the experiences we have growing up—shape our personality? Brian Cuban candidly delves into his addictive tendencies that came to a head as an adult— body dysmorphic disorder (BDD) , drug and steroid abuse, obsessive-compulsive disorder—and seeks to find out how these manifested while growing up. Shattered Image is an honest recount of Cuban's past as well as a vehicle of catharsis as he turns toward a sober and celebratory future.

Cuban vividly paints his childhood: middle class family with dysfunctional parents, close brothers, first crushes, classmate bullies. These poignant and oftentimes painful anecdotes of the past serve to set the stage of how he grew up to be a troubled and insecure young adult, resulting in BDD, depression, and drug addiction.

Shattered Image is a page turner because the reader becomes immersed in Cuban's downward spiral. His honesty and accountability make him empathetic—we appreciate his candid self-portrayal, understand how he got where he did, so we root for him.

Those struggling with addiction or know someone who is will especially appreciate Cuban's narrative. His first-hand account of the cycle of shame and insecurity resulting in BDD and addiction is compelling to read. Cuban takes us on his journey. We see him on the precipice—literally staring down the barrel of a gun—and can understand how he got there. Brian Cuban has been sober for more than six years and still struggles at times when he looks at himself in the mirror, but now better copes with his self-image. Thus, we also rejoice with him as he eventually finds self-acceptance, support and love.