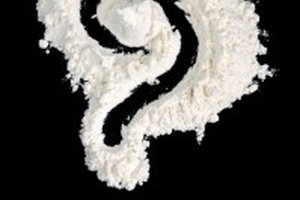 A recent study from Oxford University suggests that ketamine, also known by its street name "Special K," might be effective at treating depression. This news might seem alarming to many people. Even though ketamine is a government certified anesthetic, used to treat both people and animals, there has been a lot of press in recent years about the potential health risks associated with the drug as more and more people abuse it.

The side effects of ketamine can be quite severe: hallucinations, accelerate blood pressure, and even be fatal overdosing. Nevertheless, some researchers believe that, if used in controlled doses and under proper supervision, the drug might be useful as a psychotherapeutic drug. What's more, it works faster than many other antidepressants currently on the market. For example, scientists believe that Prozac and other prescription antidepressants which regulate serotonin production in the brain help patients by improving communication between brain cells. This could help to improve a patient's mood over time, but the relief is rarely immediate—it takes time for antidepressants to work.

Ketamine, however, fuses neurons in the brain much more quickly than drugs like Prozac, strengthening the circuits in the brain at such a fast rate that the patient's mood improves quickly. The study did concede, however, that while patients responded immediately to treatment, ketamine doesn't seem to work effectively over time for all patients. The trick for researchers now is to determine whether or not the substance can be used sustainably—particularly when the potential health risks are factored in.

Dr. Rupert McShane of Oxford his team spent six month studying a group of 28 patients who suffered from severe depression and hadn't previously responded to other treatments. The results were interesting:

Other universities are already working to develop medications with ketamine. A recent study from the Icahn School of Medicine at Mount Sinai found that ketamine, when administered in low doses through a nasal spray, was also highly effective at immediately boosting a patient's mood.

It's entirely possible that medical professionals will find a practical use for ketamine as an antidepressant, but don't expect any of these medications to hit the market soon. McShane was adamant that while ketamine might ultimately prove useful at treating depression, researchers should take all the time necessary to ensure that the drug can be used safely. He also advises against self medication and that experiments with the drug "should not be done outside a medical setting."