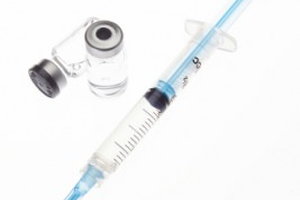 Stories about professional sports stars using steroids have always been in the news, but recent revelations about Lance Armstrong, the winningest cyclist of all time, and his his use of performance-enhancing drugs, once again brings steroidal use and its effects into the spotlight. Because he denied using steroids for so long, it was shocking to some when he finally admitted his long-time use on television to Oprah Winfrey.

Winner of a world-record number of trophies at the Tour de France from 1999 to 2005, Lance Armstrong was known worldwide for his many triumphs. One of the most celebrated athletes of the last two decades, he was also famous for his triumph over testicular cancer in 1996 and 1997. Although the cancer spread to his lungs and brain, he beat it with surgery and chemotherapy. His comeback to win the Tour de France in 1999 was more spectacular due to his brush with fatality.

Testicular cancer could be related to steroid use. Hormones provided in the synthetic formation of steroids cause side effects deemed deadly. Therefore, the use of steroids, often called "performance enhancing" because they create lean muscle formation, has been legislated since 1990. In the US, these drugs are not illegal, but are controlled substances, available for use by prescription. The illegality of anabolic steroids lies in their use by athletes who compete professionally or in Olympic Games for prizes.

This type of steroid mimics testosterone, the male hormone present in both men and women naturally. By increasing the levels of this hormone in the human body, muscle can be developed and strengthened beyond naturally-occurring levels. However, the danger occurs in amassing large quantities of this hormone. Aggression, a side effect of high levels of testosterone, is a frequent occurrence. Also known to cause male hormone traits such as excess body and facial hair, acne, numerous reproductive problems for men and women, hair loss on scalp, heart muscle enlargement, and blood lipid abnormalities, anabolic steroids may cause cancerous tumor growth in the liver.

Many young teens begin to use steroids to enhance muscular development when beginning training for sports in high school and college. As they are still developing physically and mentally, this is a dangerous time to use steroids, and most of the dangers are higher in this age group. Both young men and women are at risk for the formation of numerous problems from steroidal use that may not show up for years to come. Those who use steroids believe they will help in developing strength, speed and stamina. While it may be true for a short period of time, steroid use has a high price tag. Most collegiate and high school athletic programs have outlawed their use by their teams. And many do not realize the physical toll and ramifications they can take on your body. Click here to see before-and-after pictures of steroid use.

While many athletes have been accused, and some found guilty or confessed, to use of steroids for increasing their ability and strength, few have been prosecuted. At this writing, it appears that Lance Armstrong, once the golden boy of world sports, is facing criminal charges for the many years of receiving endorsements and fund-raising for his cycling feats. While he has been publicly stripped of all of his trophies and awards, he has also jeopardized the state of cycling in the US and its participation in Olympic cycling competitions. The backlash may take many attorneys and years to settle.