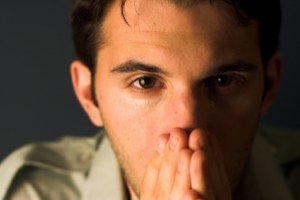 Addiction to crystal meth (a crystallized form of methamphetamine) is not glamorous. The use of the drug will begin to tear apart the user's facial structure, due to the increasing weight loss and jaw clenching-teeth grinding behaviors that manifest with ongoing abuse of the drug.

Initially, crystal meth (also commonly referred to as ice, or glass) excites the pleasure center of the brain, bringing powerful surges of well-being and euphoria to the user. As use increases, the pleasurable side effects of the drug become more intense, as larger doses become necessary for the effects of the drug to remain as strong as first experienced.

Your Body on Crystal Meth

During ongoing use, the pleasurable effects become replaced with a certain high-powered type of energy that becomes manic as the dependence on the drug increases. Needing more of the drug to offset the symptoms of withdrawal that begin to occur, users will increase their dose. As this happens, they will go longer periods without food and sleep, becoming gaunt and many times delusional from sleep deprivation. Psychosis is a common side effect of crystal meth use, and the user begins to ramble in speech, becoming sporadic in thought processes and behaviors.

"Tweeking" is the term used to describe behaviors of users of crystal meth, which becomes random and unpredictable. Users experience auditory and visual hallucinations, hearing voices and seeing things in peripheral vision. Paranoia develops as users begin to believe they watched and/or followed. Other behaviors such as teeth grinding, hyper-vigilant attention to all stimulus (real or imagined), and tightly wound up nervous tension occur. Users display picking at imaginary bugs on their skin, tearing skin off of their faces, arms, and other parts of the body, along with continuous and jerky body movements.

As use increases, damage increases to the addict's physical and mental state. The face appears cadaverous, with sunken cheeks and skeletal bones showing through, rotten and broken (or missing) teeth, and jaw-clenching from stress and tension. Softer, laughing facial muscles go unused by this user! Dark circles form around the eyes, and sores cover the face and other body parts. Skeletal thinness occurs as the body begins to degenerate from drugs and lack of nutrition and/or sleep. Skin becomes ghostly pale and nearly translucent. The a crystal meth addict's physical appearance is shocking to many as a user's looks will quickly deteriorate .

Crystal Meth in the Spotlight

Examples of these are seen in the news as those who are famous (and sometimes infamous) for abuse and lifestyles excess are shown in the throes of drug abuse of crystal meth. For example, a photo shows Yasmine Bleeth, revered for her beauty from the age of 10 months (when she began her modeling career) to the present day. Other celebrity before-and-after drug pictures such as Eddie Van Halen, Fergie and Whitney Houston illustrate the toll on their looks and bodies that this drug can take.

Crystal meth has become even more popularized recently due to the TV show, "Breaking Bad," which tells the story of a high school chemistry teacher who is diagnosed with terminal cancer and decides to make and sell meth to offset his income in order to provide for his family more abundantly. While the show does not glamorize the effects of meth per se, it does illustrate the how meth has seeped into mainstream culture.