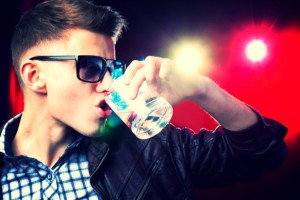 A recent study that looked at data taken from 561 middle school students in Rhode Island attempted to determine if there is any association between a child being allowed to sip alcohol at an early age and later substance abuse in the child [2]. The findings indicated that a little over 29% of the children in the sample had been allowed to sip alcohol before or by the sixth grade. Over three quarters of the children received the sip from their mother or father and the majority of them got their first sip of alcohol at a party or some formal gathering. Boys were more likely to get a first sip in this manner than were girls and mothers were slightly more likely to give the child a sip than were fathers. The most common alcoholic drinks that the children were allowed to sip were wine and beer. Most of the children only had one sip of alcohol on this initial occasion.

In this study the children who were allowed to sip alcohol had a significantly greater chance of consuming a full alcoholic beverage by the ninth grade and also had significantly greater odds of reporting any type of substance abuse by the ninth grade than children not sipping alcohol. The researchers attempted to control for outside variables that may have interacted with the results such as personality variables in the children or parental alcohol usage. The strongest predictor of later substance abuse in this particular group was being allowed a sip of alcohol by the sixth grade, although there were other predictors as well including some specific personality variables of the children.

What This Does NOT Suggest

There is couple of things to take away from this type of research. First, these types of findings are not able to state a cause and effect relationship; research like this can in no way state that being allowed to take a sip of alcohol at an early age causes someone to have substance abuse problems later. Secondly, this research cannot be used to support the notion that there is some deterministic biological mechanism that results in a person who sips alcohol at an early age being driven to substance abuse later (e.g., that there a significant genetic contribution that explains these results). Third, the findings indicate risks or probabilities not certainties. Thus, the risk of later abuse is higher for children that were allowed to sip alcohol at an early age compared to those who are not allowed to sip alcohol.

So What Does this Suggest?

The results indicate that it is perhaps the attitudes of the parents regarding alcohol use that largely contribute to the findings. The researchers believe that their findings are more in line with the notion that early exposure to alcohol is related to later drinking patterns by way of norms or attitudes as well as cognitions towards alcohol and alcohol use in these children.

On a practical level, as a group parents who allow their children to sip their alcoholic beverages probably have more lax attitudes towards alcohol use than parents who prohibit their children from sipping alcohol at parties and formal gatherings, but may also send a lot of mixed messages (e.g., "do what I say, not what I do"). These messages are transmitted to children in a number of both overt and covert ways. Young children are very quick to pick up on these types of messages and form associations from them. This is quite consistent with a huge body of literature on how modeling affects learning in individuals, especially in children.

Therefore, from a practical standpoint it is important for parents to send firm and consistent messages regarding substance usage to their children. If a parent does not want their children to drink alcohol, smoke cigarettes, etc. the parent should lead by example, something that has been stated over and over again and yet still seems to be ignored by many.