STUDY: The 'Love Drug' Oxytocin May Keep You Sober

STUDY: The 'Love Drug' Oxytocin May Keep You Sober 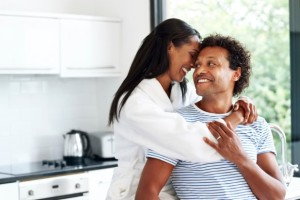 Oxytocin is a hormone that is produced by the hypothalamus in the brain and then secreted by the posterior pituitary gland. Oxytocin is a neuromodulator, which means that it is a substance that is released by one neuron in the brain that can affect populations of neurons. It is known that oxytocin is produced in large amounts during acts of sex as well as other acts of intimacy such as cuddling, holding hands, gazing into a loved one's eyes, and even giving birth and nursing young children. Oxytocin interacts with the reward system in the human brain in much the same way that drugs such as alcohol and cocaine do [1]. Thus, many brain researchers think that the reason why human beings like to touch each other is because these behaviors lead to higher levels of oxytocin in the brain. But, can this hormone have an effect drug use?

Oxytocin and Drug Use

It is well-known that even in a small or moderate amounts, alcohol has a profound effect on motor impairment (e.g., staggering walk, lack of coordination, etc.). The effects of alcohol are linked to how alcohol affects GABA neurotransmitters, the major inhibitory neurotransmitter of the brain [1]. Researchers in Australia decided to look at the effects of giving oxytocin to rodents who were also given alcohol [2]. When the researchers were able to introduce oxytocin directly into the brains of rodents who had been given moderate levels of alcohol the rodents did not display the types of coordination difficulties and other motor difficulties commonly seen during intoxication. Rodents given the same doses of alcohol without the oxytocin were seriously impaired.

The researchers hypothesized based on their findings that giving oxytocin to humans would most likely leave a person's thinking and speech patterns less impaired after they drink alcohol. There have been no empirical studies that have looked at how the hormone affects motor impairment in humans who drink, but the researchers report that that will be their next order of investigation.

A Solution to Drunkenness?

Before you get really excited about these findings there are couple of things that you should understand.

First, giving the rodents oxytocin after alcohol reduced their issues with motor control; however, this does not reduce one's blood alcohol level. So if a method to use the hormone were developed for humans, it would not keep people from getting drunk nor could someone using the hormone drink significantly more than they can normally tolerate.

Secondly, oxytocin is known to reduce alcohol consumption and craving for alcohol in both humans and animals [1]. The reason for this is that the hormone works on the same aspects of the reward system in the brain that alcohol and other drugs affect. In the experiment, the rats were infused with alcohol and with the hormone. If a drug or medication were to be developed for humans, its use would also reduce alcohol consumption in individuals and directly reduce alcohol cravings in individuals trying to achieve sobriety. The goal of this type of research is to develop a clinical use for oxytocin for treating alcohol and drug abuse and not to allow people with addictions to indulge in their destructive behaviors. Thus, these findings are not going to lead to people drinking more if a drug is developed for humans based on this research.

Interestingly, there is plenty of research indicating that many individuals with substance abuse problems begin to recover on their own once they get in a serious relationship, have children, or have some other significant event in their life that they embrace [3]. However, we can all point to instances where drug use ruined a relationship, led to neglect of children, ruined a career, etc. It may very well be that there are subjective differences in the way that we feel things that may be based on experience and on our physical makeup that drive how such things as relationship status affect addiction. At this time, it is impossible to determine if increased levels of oxytocin in the brain as a result of life changes such as getting in a relationship or giving birth may have assisted in recovery for some people, but that certainly is a possibility. Thus, perhaps love is the drug that can keep you sober after all.