How Switching Addictions is Detrimental to Recovery

How Switching Addictions is Detrimental to Recovery 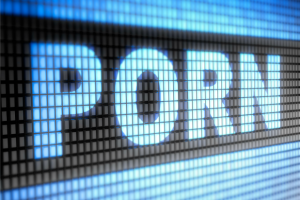 Far too often drug rehabilitation clinics, drug prevention education, and even alcohol and drug abuse recovery programs focus on the primary drug of choice rather than addressing the underlying issue of a brain that is susceptible to addiction in its numerous forms.

These "numerous forms" of addiction can encompass and be transferred to anything from sugars and sweets, gambling, pornography, sex and even switching to other family's drugs.

For whatever reason there remains the justification that says, "well at least it's not as bad as ______." Researchers have found that switching addictions only adds to the possibility of relapse due to the brain still receiving the same impulses and serotonin rushes as were achieved with the primary drug of choice.

"People who have one addiction are prone to others," says Dr. Gregory Collins, section head of the Alcohol & Drug Recovery Center at the Cleveland Clinic. "If you are biologically programmed to addictive illnesses, you risk having more than one."

Instead of tackling all addiction problems at once, what is commonly done is the worst is first addressed while the recovering addict continues on in their co-occurring addictions. Although the specific method or form of the addiction has changed, the behavior remains the same.

A rough example of this phenomenon could be illustrated by abstaining from alcohol but still hanging around the bar that you and your buddies used to drink at. Although there are not necessarily chemicals being ingested, the behavior itself has not undergone any transformation.

According to Collins, one in four addicts will switch addictions, only furthering their chances of relapse on the original drug of choice.

"Many of the clients we treat come in because one drug is their drug of choice, and they think they can use other substances because it's not something they've struggled with," says Jennifer Tulli, an addiction specialist at the Cleveland nonprofit agency. "The reality is, the addict is still chasing that feeling, the impairment, the numbing of their senses. It's hard to think of a situation where that hasn't happened."

"They might not have used alcohol in 20 years, and they take the drug as prescribed initially," Tulli says. "But because they really like the feeling, they can't stop."

Another common cross-addiction comes in the form of gambling, which can be seen in the way that those with alcohol dependency issues are three-times more likely to develop a gambling addiction.

"The best research we have is for those," says Ray Isackila, an addiction specialist at University Hospitals Case Medical Center. "What we know is that people addicted to a substance -- alcohol or drugs -- are at greater risk of developing problems with process addictions, such as gambling."

As described above, the fundamental search for an addict is a mechanism by which they can achieve the same "highs" by a safer means. Once again, this can take on a wide variety of forms stretching from chocolate or cigarettes all the way to gambling and pornography.

"When there's a heavy focus on the primary addiction, it's easy to lose sight of the other things that are gathering an unhealthy momentum, until they become very obvious," said Collins.

Collins' went on to say that the only reason cross-addiction numbers have stayed at 25 percent is because of growing awareness and rehabilitation centers adapting recovery strategies to help curve the problem.

Tulli states that the best bet for maintaining sobriety is cutting out all addictions at one time, including nicotine, which is seldom counted as a cross-addiction.

"It's hard for people to give up everything at once, and it's a tough sell we have to make," she says. "But the point is, as we say in treatment, to deal with life on life's terms."

The superseding premise is that the recovery process should be looked at as a behavioral transformation, in which the overt goal is to monitor and moderate all facets of addictive behaviors. Since the range is so broad and diverse between individuals it is hard to classify any particular behavior as being a "death-trap" of sorts.

Instead the point is to remain vigilant of activities or behaviors that resemble the same compulsions and reactions once obtained from the users primary drug of choice. It is not enough simply switch, an entire behavioral transformation must be undergone in order to give the recovering substance abuser the best possible chance at maintaining sobriety.