Teenage Drug and Alcohol Abuse on the Downswing

Teenage Drug and Alcohol Abuse on the Downswing 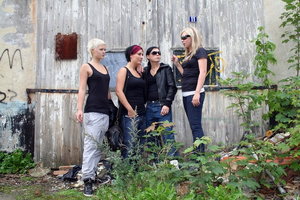 Alcohol is now being used at its lowest frequency in teens according to study conducted by the University of Michigan. Although the problem still exists, there is hope on the horizon.

Research has shown that most effective means of preventing substance abuse stems from early drug prevention programs implemented in the K-12 education system. In order to track the effectiveness of such methods, the University of Michigan started the Monitoring the Future study in 1975. Every year 50,000 students from 8th, 10th and 12th grade are surveyed to get a better understanding of national trends in youth substance abuse.

The 2014 totals for the youth demographic using illicit substances as well as alcohol came back with some promising results, although the problem is far from being solved. The study found that alcohol usage is at its lowest point since the study was started 40 years ago. This is largely attributed to anti-alcohol and drug campaigns started in schools from an early age.

To put alcohol abuse in relative perspective the totals in 1997 showed that 61 percent of students surveyed had drunken alcohol in the previous 12 months. The 2014 totals show that that figure has dropped 20 percent coming in at 41 percent.

It must be noted that 41 percent of students drinking alcohol in middle and high school are still alarming numbers, but the downslide does give a glimmer of hope for the future. Since 12 months is a large period time, the survey also asked more specific questions such as if the students had engaged in binge drinking within the past two weeks. Of the three grades combined only 12 percent said that they had consumed more than five alcoholic drinks in one sitting.

Surprisingly enough marijuana is also on the downswing dropping from 23 percent of students smoking weed in 2013 to 21 percent in 2014. Students also said that marijuana was not as easily available as it had been previously.

"Even though the indicators are very good news, at the same time we cannot become complacent. This is a stage where their (teens) brains are most vulnerable. We need to continue our prevention efforts," said Dr. Nora Volkow, director of the National Institute on Drug Abuse.

Naturally the substance abuse problem in the youth demographic will not be solved over night. However, trends can be established and policy makers can continue on with the programs that have been shown to be the most effective.