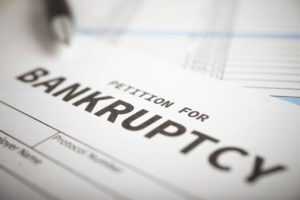 Although there are a wide variety of reasons why Mike Tyson filed for bankruptcy in 2003, one really has to wonder how difficult it is to blow $400 million dollars in life time earnings. Recently in his book, Undisputed Truth, Tyson admitted to being high on cocaine before numerous of his title fights, which towards the end of his boxing career turned out to be epic failures. Tyson details his first experience with cocaine at the age of 11, which according to

Tyson lead to a lifetime affair of cocaine, alcohol and marijuana binges.

Tyson recalls using a fake "whizzer" to avoid detection by boxing officials. In one episode, Tyson's staff was not able to get him the "whizzer" in time, leading to a positive drug test for cocaine and a $200,000 fine. Tyson also notoriously "forgot" to grab his holdall while under the influence of cocaine and marijuana. What was in the holdall? $1 million. The Tyson story is a tragic tale of where drugs and alcohol can lead. While his divorces, legal fees, back taxes and sponsors lost have contributed to the disappearance of $400 million, it is safe to say that in a sober state of mind this erratic behavior might not have happened.

Theo Fleury was an undersized hockey player who made up for his disadvantages by being a downright beast on the ice. While he may have been ferocious on the ice, off it was a whole different story. Fleury points to his trials of drug and alcohol abuse stemming from being repeatedly molested by a junior hockey coach in his teen years.

In his tell-all book, Playing With Fire, Fleury notes how it isn't at all very difficult to blow through $50 million. "It's actually pretty easy to spend $50 million--it really is. You get divorced twice, and split it in half each time. You give the government half in taxes. You have three or four houses, seven or eight vehicles. You have huge problems with alcohol, drugs and gambling."

In one night of partying in Chicago, Fleury spent an estimated $1.3 million on drugs, women and booze. It was also frequently reported that he kept the company of drug dealers, strippers and homeless people after his hockey games. His career ultimately ended after a drunken brawl in a strip club. According to Fleury he failed 13 drug tests in a row while playing for the New York Rangers. He alleges that since he was a top scorer the NHL turned a blind eye and allowed him to continue playing.

Lawrence Taylor is famous for revolutionizing the linebacker position in professional football and also being one of the hardest hitters to ever play the game. In 1986 Taylor was honored with an MVP award after recording 20.5 sacks and winning the Super Bowl with the New York Giants. The following season Taylor tested positive for cocaine and after a second failed drug test in 1988 Taylor was suspended for 30 days. Taylor was once asked what the one thing he could do that other linebackers couldn't. Taylor replied, "Drink."

With the threat of a permanent ban from the league Taylor stayed off cocaine for five-years, but with retirement in sight he picked up the habit once more. "I saw coke as the only bright spot in my life," Taylor said. Taylor would go on to be arrested twice over the next three years for trying to buy cocaine from undercover officers. In a 2004 interview with 60 Minutes, Taylor admitted to hiring up to six prostitutes a day and spending thousands of dollars on cocaine. He filed for bankruptcy in 1998 after having over $50 million in lifetime earnings.

Travis Henry was an NFL running back for the Buffalo Bills, Tennessee Titans and Denver Broncos. Henry had promising talent, although was laden with scattered positive tests for marijuana leading to lengthy suspensions. After being released from the Tennessee Titans, Henry signed a five-year $22.5 million contract with the Denver Broncos, who took a shot on the troubled back. Henry was able to win a federal appeal that would have suspended him from the league for one year for marijuana use. To the Broncos surprise, Henry once again tested positive for marijuana five months later. They released him in July of 2008 and a little more than two months later Henry was arrested by the DEA for being the financier of a multi-kilo cocaine trafficking ring.

Henry faced 10-years to life for committing the federal offense, but was able to reach a plea deal which saw him spend three years in federal prison. When given the choice between making $22.5 million or smoking marijuana, one would think that the decision would be a no-brainer, but in the world of drugs rationale is the first to go up in smoke.

Marion Jones: From Gold Medals to the Pen

Marion Jones was an American Olympian who won a record setting five track and field medals in the 2000 Sydney games. Throughout her career Jones had been accused using performance enhancing drugs, but since she had never tested positive for the substances there was not enough evidence to suspend or ban her from the sport.

Jones was found innocent in 2004 and 2006 after evidence began to mount against her steroid use. Her ex-husband C.J. Hunter testified against her saying that he had personally seen her inject the banned substance into her stomach. Finally in 2007 Jones admitted to using steroids before and after the 2000 Sydney games. Jones had also perjured herself by lying to federal agent during the 2004 investigation. Jones was stripped of her five Olympic medals and has arguably become one of the worst stories in the history of the Olympic games. She has since filed for bankruptcy after being sentenced to six months in federal prison.