The 6 Most Addictive Substances on Earth

The 6 Most Addictive Substances on Earth 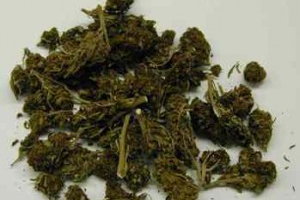 A number of studies have been made as to which substance on earth is the most addictive. The results vary a little, but most are in agreement as to which should occupy the top spot. And we believe you'd be surprised, because it's not heroin, cocaine, or any other notorious substances. What's more, half of the substances on this list are legal. Read on to find out which one is the most addictive of them all.

Often described as a "gateway" drug, marijuana or cannabis is the largest cash crop in the USA. While not addictive to many casual users, marijuana can make dependents out of 10 to 14 percent of regular users. Its active chemical compound, Delta-9-tetrahydrocannabinol (THC), produce psychoactive effects, including increased appetite, feelings of relaxation, and a feeling of slowing of time. Impaired concentration, increased heart rate and lower blood pressure are some of its physiological and neurological effects.

Caffeine is everywhere. Often referred to as the world's most widely used drug, caffeine is found in so many products it's not easy to find one that doesn't contain the substance. Classified as a stimulant, caffeine is most commonly consumed in the form of coffee, tea, soft drinks, chocolate and energy drinks. Those who can be classified as caffeine addicts often feel that without caffeine, they feel they can't get through the day or they find it hard to concentrate. But regular consumption of caffeine often leads to dizziness, headaches, high blood pressure, increased respiration rate and insomnia.

Yet another legal addictive substance, alcohol is generally consumed in the form of beer, wine and spirits. As a relaxant, it lessens inhibitions and anxiety in the user, as well as generates feelings of cheerfulness. Eventually, however, erratic and unpredictable behavior would pop up and more often than not mess things up. Alcohol, when abused in the long term, also takes its toll on the liver, pancreas, and the heart. And it becomes downright dangerous when mixed with other drugs like heroin, cocaine or barbiturates.

Extracted from the leaves of the coca plant, cocaine is one of the most profitable illicit drugs in the world, with revenues reaching billions upon billions of dollars annually. The second most popular illegal recreational drug in the U.S., which, incidentally, is also its biggest consumer, cocaine attacks the central nervous system and toys with its ability to reabsorb dopamine, a neurotransmitter that is associated with pleasure. With this, cocaine makes the user euphoric, confident, alert and hyper-stimulated. These effects, however tend to be short lived, and withdrawal symptoms ranging from aching muscles and bones to diarrhea and vomiting may set in in as little as one to two hours from the last dose.

While heroin only occupies the second spot, it's definitely one of the most dangerous drugs in the world. Processed from morphine, heroin often looks like a white or brown powder. When ingested, it instantly gives the user a euphoric sensation, as it goes straight to the brain where it tinkers with your ability to feel pleasure. But the pleasure doesn't last long. In as little as one to two hours from the last dose, users may experience withdrawal symptoms, ranging from muscle and bone pain to diarrhea and vomiting.

Nicotine gets the top spot in this list, and rightly so. The main reason why tobacco is so addictive, nicotine is widespread, readily available and worst of all, very legal. Smoking and chewing tobacco are the common ways of ingesting nicotine. Smokers, now numbering 1.2 billion worldwide, often pick up the habit during their teen years, and as years of smoking go by, they eventually become addicted and in most cases become smokers for life. And there's no question about the deadly effects of long-term use: lung cancer, oral cancer, heart disease, strokes and emphysema are just some of the dire consequences of smoking.