The Connection Between Eating Disorders and Substance Abuse

The Connection Between Eating Disorders and Substance Abuse 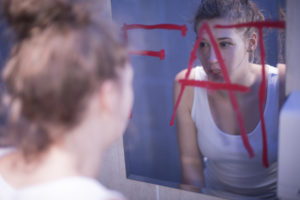 Eating disorders are widely and notoriously misunderstood. The psychological illness at the core of an eating disorder is often a monstrous force to contend with. One that, at best, corrodes the self-esteem and haunts every daily interaction with food and, at worst, physically eats away at the body until a person can no longer survive. Not only are eating disorders difficult for sufferers to recover from, but they often co-occur with substance abuse problems as well. Understanding the connection between eating disorders and substance abuse can help those who suffer from both to address the issues simultaneously and finally receive the kind of help needed for a full recovery.

An eating disorder can take the form of bulimia nervosa, anorexia nervosa, binge eating disorder, or OSFED (Other Specified Feeding or Eating Disorder). Anorexia is categorized by a severe restriction of calories. This is usually achieved by limiting caloric intake. This disorder brings heavy stress onto the body, especially the heart. In the case of bulimia, sufferers eat as a part of a binge and purge cycle. Though both of the illnesses vary, there is a high rate of co-occurrence between eating disorders and substance abuse, regardless of the specific eating disorder type. Other types of eating disorders, like compulsive overeating, result in excessive and unhealthy amounts of weight gain. Compensatory behaviors are sometimes seen in individuals who eat, but do not purge. One common type of compensatory behavior is over-exercising. Individuals with this compensatory behavior trait will obsessively exercise until he or she has burned off enough calories to make up for the food eaten that day (or the day before) in one way or another.

Drugs and other illicit substances most commonly used among those with eating disorders include:

Oftentimes, these two types of disorders are both rooted in psychological issues in the sufferer--ones that need to be addressed by an experienced professional for treatment to be effective. If you or someone you love is suffering from both of these disorders, understand that treatment must target both issues at once "" there's no successful method of treating one without addressing the other.