The Connection Between Welfare and Substance Abuse

The Connection Between Welfare and Substance Abuse 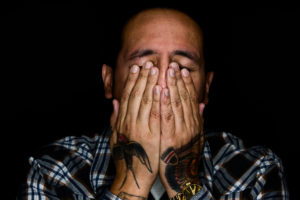 In recent years there has been a large push from conservative state legislatures to implement drug testing for those applying for Temporary Assistance for Needy Families (TANF). Already 12 states have passed laws allowing for drug testing of TANF applicants, and 12 more have filed drug-testing proposals awaiting federal approval.

The effort undoubtedly centers upon the stereotypical notion that drug and alcohol abusers make up the most poverty-stricken demographics of the American population. Since it is largely assumed that they are already using drugs and alcohol, hence their current situations, citizens feel that they have the right to decide whom their tax dollars should be spent on.

In order to show the "supposed effectiveness" of this new push for drug and alcohol screening, Tennessee, which implemented their screening law in 2014, will be analyzed as a case study. Of the 16,017 total applicants, 37 applicants confirmed their own use of use of drugs and thus were ordered to take a drug test. All 37 were found to have drugs in their systems making them ineligible for benefits.

Just in case you're wondering, 37 applicants testing positive for illegal substances out of 16,017 in total comes out to 0.23 percent. Not only do these numbers sufficiently prove the outrageousness of the laws premise, moreover it cost taxpayers nearly $6,000 to implement the program.

It is essential to understand that so far TANF has been the only program to be targeted for drug screening, since it is on the state level. Federally funded programs have yet to implement such laws, which would affect a vastly larger amount of citizens. Currently only 3.4 million American receive TANF on a yearly basis, compared to 46 million Americans who qualify for food stamp benefits.

While TANF is the first program to be hit, it will likely not be the last if conservative lawmakers are able to follow through with their aims. Wisconsin Gov. Scott Walker has publically stated that he wants to expand drug tests to unemployment insurance and other state funded programs.

Texas is another state that has sought to broaden the scope of drug testing social welfare applicants. The Texas Legislative Budget Board estimates that the law expansion would cost the state around $30 million annually, due to a federal block of applicants being charged for their own drug tests. States are forced to pay for their own tests, which range from $25 to $75 per person.

When asked about the "successfulness"of Tennessee's new testing policy Rep. Glen Casada told the Tennessean, "That's 37 people who should not be receiving taxpayer subsidies, because they are not behaving as they are supposed to. If the taxpayers are going to support you there are certain criteria you need to adhere to. This is a good use of taxpayer money."

It will be interesting to hear from Texas citizens if they too believe that a $30 million witch-hunt is a "good use of taxpayer money."

CBS Denver recently published an article regarding El Paso County's new law that will call for drug testing of TANF applicants. The article begins, "People who are on welfare in El Paso County and abuse alcohol or drugs need to be ready to get treatment."

Although there is no cited author to the article, one might inquire where exactly the TANF applicant is going to get the money to pay for rehabilitation. Naturally, CBS Denver is unaware of the actual costs of admitting ones self into rehab. Additionally, one of the stipulations of receiving benefits is that the individual is required to participate in 30 hours per week of job training programs, which would be impossible if the individual is in rehab.

In short, the new legislative attempts to curve state tax dollars away from supposed drug abusers are straying off in the wrong direction. With little to no resources or options for rehabilitation, states are condemning drug abusers without offering any support or alternative measures.

While no one condones drug abuse, those who suffer from addiction should be offered help instead of condemnation by their elected officials. The new laws are completely backwards, focusing on punishment rather than recovery. If states want to require clean drug tests then also must offer affordable rehabilitation options for those who suffer from the disease.