The Dangers of Bath Salts

The Dangers of Bath Salts 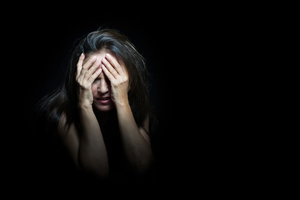 In 2011, the mainstream media picked up on a chilling story of cannibalism in Miami, where a certain "new drug" was said to have played a pivotal role in the egregious assault. Although it was later determined that this "new drug" was not to blame for the incident, the cat had already been let of the bag and thousands of curious drugs users learned about a new species of chemical substances, referred too as "bath salts."

The drug classification of "bath salts" does not pertain to one specific substance. Instead the term is used to categorize a slew of substances all containing one or more manmade chemicals that act similar to cathinone. Cathinone is naturally found in the khat plant, and when ingested it acts as amphetamine-like substance, similar to methamphetamine and MDMA.

Bath salts should not be confused with Epsom salts, which are made for the sole purpose of creating a more relaxing bath. Epsom salts do not carry the same psychoactive properties that are found in bath salts, due to the missing ingredient of cathinone. These relatively new drugs are labeled by distributors as "bath salts" for their similar appearance and also as a way to stay under the federal radar.

The original problem and overall foothold that bath salts were able to achieve was skating by under the guise of a "legal high." In a sense they can be liked to Dust-Off or Freon, drugs that could be legally purchased and used for ulterior purposes. It wasn't until 2011 that the Drug Enforcement Agency placed an emergency ban on three of the chemicals commonly used in bath salts: methylenedioxypyrovalerone, mephedrone and methylone. After a year of further research, a permanent ban was placed on two of the manmade cathinones as well as other manmade chemicals used for synthetic-marijuana.

"Legal highs" are always one of the most dangerous forms of substance abuse because the purpose of the substance is usually not intended for human consumption. The screening processes for products intended for human consumption differ greatly from the tests done on inedible items. This can easily lead to the user being poisoned, since a wider assortment of chemicals are allowed to be used.

Generally speaking bath salts come in small packages with contents that resemble white or brownish crystals. The substances can be swallowed, snorted, inhaled or injected with a needle. In most cases, the worst drug reactions have been seen in users who have snorted or injected the substance.

In 2011, there were 23,000 reported emergency room visits stemming from bath salt usage. Most users reported having severe chest pains related to high blood pressure and other symptoms such as paranoia and hallucinations. Researchers have also classified some users as being in a state of "excited delirium," which lead to dehydration, break down in muscle tissue and kidney failure. In severe cases, users have died from ingesting a great enough amount or a bad mixture of the manmade cathinone substances.

As far as the specific effects that each user feels while under the influence of the substance, each case is different due to the different cathinones found inside. Largely the effects of the drug can be likened to methamphetamines in the way that users can feel immense outbursts of joy, social interaction and sex drive. However, as is true with methamphetamines, the drug also produces effects such as paranoia, hallucinations, agitation and sometimes violent acts. MDVP alone acts in the same way as cocaine, raising dopamine levels in the brain, except that researchers have estimated that it is 10 times more potent. The hallucinogenic symptoms of the drug can be compared with the visuals of LSD or MDMA.

Although the Federal ban on bath salt related chemicals has been largely effective at cutting down the amount of emergency room visits, the takeaway message should be that "legal highs" are a dangerous game to play with. Most of these new substances are unregulated and with little to no trust in the distributors who purposely mislabel the packaging, there is no way to be able to tell what harmful chemicals make up the substance. In a sense it is blindfolding yourself and ingesting whatever substance is put into your mouth.

While using harmful substances should never be encouraged, it must be noted that there are safer ways of getting "a buzz" then purchasing deviant substances online.