The Power of Thought Stopping

The Power of Thought Stopping 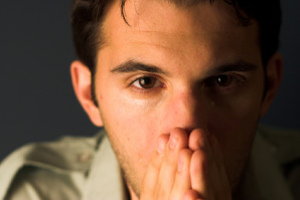 Sometimes unwanted thoughts simply will not go away and we spend a lot of time and energy focused on the wrong things. Thought stopping is a simple, but effective tool for getting rid of those unwanted and unnecessary thoughts.

Thought stopping can be applied to a wide variety of unwanted thoughts, and is particularly helpful as a tool for those in sober recovery or rehab. Any bothersome thought, including anxious thoughts, depressive thoughts, memories of addiction behaviors, thoughts of using drugs or alcohol again, and memories of trauma or abuse, can be addressed through thought stopping. Thought stopping develops the mental discipline needed to consciously take control over an unwanted, unconscious behavior.

Getting Started on Thought Stopping

The first step in thought stopping is to tell yourself, "Stop!" If you are alone, this means shouting, "Stop!" as loud as you can. If not alone, say it to yourself silently. For some, this is enough to break the cycle of unwanted thoughts and move forward. For others, the statement needs to be combined with another type of reinforcement. Perhaps the most famous method is to snap a rubber band kept on one's wrist. Other, less painful methods include visualizing a stop sign, snapping your fingers, tapping on a table, brief bouts of physical exercise to distract you, or literally turning in the opposite direction.

Being clear on what one does not want to think about often is not enough. The unhelpful or negative thought needs to be replaced with a helpful or positive thought, even if the new thought does not have any relationship to the negative thought. To accomplish this, one can visualize a special place, embrace an accurate, logical thought about the situation, or engage in a task that requires concentration and focus.

Sometimes thought stopping is criticized for being an overly simplistic response to complex emotional problems. While this may be a fair criticism, those who are successful at using thought stopping as a coping skill frequently incorporate several types of thought stopping techniques for each unwanted thought. The skill is easy to learn, but using the skill may require practice. Consider the following real life examples.

Mark has been invited to a restaurant he frequented during the height of his alcohol use. He has not been back since he became sober. As he and his friends are ordering, friends begin to order alcohol and Mark experiences unhelpful thoughts arising in his mind. The margaritas here are great. If I only get one I'll be okay. Everyone else is drinking. Mark recognizes that these are addiction thoughts, and begins the thought stopping process by saying "Stop!" silently to himself because he is with others. He reinforces this by closing his eyes and picturing a stop sign. He replaces the thoughts of alcohol by saying to himself, My sobriety is important to me. I don't need any poison today. To get his mind focused on something else, he asks the server to make a recommendation for an appetizer.

Diane works in a stressful environment with many deadlines and an incompetent boss. One afternoon her boss begins complaining about problems with her work performance, most of which relate to things she did not do. Diane attempts to return to work, but cannot get anything done because she keeps thinking, My boss is so incompetent. I don't get why they don't fire him. As the thought repeats in her mind, she becomes angrier. She shuts the door to her office and says, "Stop!" as loud as she can without attracting attention. She does three jumping jacks and starts to smile as she is beginning to feel silly. Okay, Diane, she says to herself, You have three projects due today. Focus on those. Diane gets to work on her projects.

Mark and Diane demonstrate how effective thought stopping can have multiple steps. If either had merely said, "Stop!" to themselves, there is a high likelihood the unwanted thoughts would have quickly returned. Each of them used thought replacement and an activity to fill their mind with something positive.

Myths that Interfere with Thought Stopping

For thought stopping to be an effective coping skill, one needs to have confidence that the process will work. The following myths and inaccurate assumptions are common hindrances to effective thought stopping:

Each of these myths can turn into an excuse for dwelling on an unwanted thought, which is unnecessary and self-defeating.