The Pros and Cons of E-Cigarettes

The Pros and Cons of E-Cigarettes 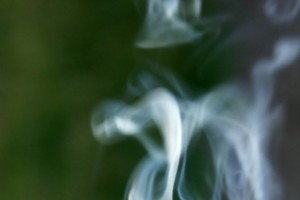 E-cigarettes are growing in availability, affordability, and popularity. Their popularity has even led to a new verb, "vaping". They appear to be a great new way of kicking the habit or at least cutting back. Here's what you need to know about the pros and cons of using e-cigarettes.

E-cigarettes have no smoke

The clearest and most obvious pro is that there is no smoke and thus none or almost none of the cancer causing, health robbing, junk that goes with it. This also carries with it a variety of other pleasant side effects. It does not stay in clothes the way tobacco can. Vaping does not cause bad breath. Teeth are not stained. Vaping is acceptable in many (although not all) places smoking is not. While there is an odor, it is less strong and generally less offensive. Second hand smoke is not a concern. In general, by eliminating smoke itself, e-cigarettes have eliminated the most common complaints about smoking.

E-cigarettes may help you quit

One of the major complaints of smokers attempting to quit is that they do not know what to do with their hands. The physical act of bringing the cigarette to the mouth has become so ingrained that failing to so makes one feel abnormal. E-cigarettes address this problem directly.

The cost of e-cigarettes really depends on where you live. In most locations, the cost of using e-cigarettes instead of tobacco cigarettes can save hundreds over the course of a year. To get an accurate estimation of the costs, those seeking to replace traditional cigarettes need to investigate the cost of all the accessories, batteries, and refills needed. If price is a concern, check out the costs including all of the accessories before investing in a starter kit.

The recovery community has debated the use of nicotine as a replacement for cigarettes long before the popularity of e-cigarettes when gums and patches hit the market. To be fair, those products have survived the controversy. The problem is with e-cigarettes, gums, and patches is that the smoker is still addicted to nicotine. While the gum and patches are in many cases designed to wean one off of the nicotine, most e-cigarettes are not. Further, many are advertised as a substitute for when one cannot smoke not as a method to reduce smoking.

Nicotine is toxic and there are reports of children swallowing the nicotine from e-cigarettes and teenagers drinking it out of curiosity. While the rumors about these incidents may range wider than the documented incidents, it does mean that those using e-cigarettes need to use the same care they would with their lighters and matches and keep them out of reach of children.

Mass use of e-cigarettes is new

Since e-cigarettes are relatively new, the long term effects of using them is not known. What may be safe for use a few months may not be safe for years and years of use. We simply do not know. Think of the lawyers advertisements you see on daytime television. Many of them are looking for clients who used a product that 10 years earlier was thought to be safe and effective, but turned out to cause significant harm or even death. Already concerns have been raised about the possibility of carcinogens being in the vapor and complaints about lung irritation. While we know a lot about nicotine and its addicting power, we simply do not know the impact of using it in an e-cigarette and it will be at least another 10 years or more before we do know.

There have been some concerns that since e-cigarettes are considered safer, nonsmokers will begin to use them and then begin using tobacco. Like concerns over safety, this concern has not been proven by long term research.

Many smokers have complained that e-cigarettes cannot provide the same flavor as smoking tobacco. This problem has led to many switching form one e-cigarette to another attempting, often in vain, to find the one that tastes just right. This search adds to the cost of the vaping experience.

The use of e-cigarettes has the potential to make a significant difference in the health of the user. Unfortunately, that difference could be positive or negative. The responsible user of e-cigarettes will need to carefully weigh pros and cons before starting and as more information comes out about it's safe use. It can also be valuable to talk with your health care provider about if e-cigarettes are right for you.

Cyndy Adeniyi has been working in social services and mental health settings since 1999. She believes in the great potential of today's youth, families, and entire communities and fights to see that great potential blossom. She is the founder of Out of the Woods, which provides faith-based life coaching, publications, and workshops.