The Rising Epidemic of Heroin Addiction

The Rising Epidemic of Heroin Addiction 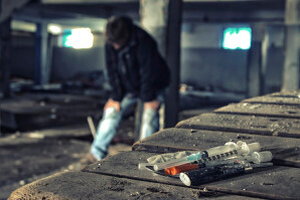 When people think about heroin, they often think back to the junkies of the 1960s and 1970s; sunken-eyed, skinny and unwashed young men and women who represented the poorer class of our social structure, stealing to support their habit and mostly living in dirty ghetto rooms with other junkies.

Today we see a whole new paradigm with heroin use and abuse. Most of those who abuse heroin now are professional or para-professional men and women who started using much later in life. They are doctors, nurses, police, clergy—those with high levels of education and living in nicer suburbs where addiction was not previously believed to travel in such high numbers. Again, these addicts most often speak of their addiction as having begun with prescription pain medications. Often, they first became addicted to pain medication that proved too difficult, illegal or expensive to maintain.

Heroin in today's market is less expensive than ever before and more abundant in availability. One source reported that prescription pain pills sell on the street for approximately $1.00 per milligram. The cost for a 30-milligram pill would therefore be $30.00. This is far more than heroin costs, which would be somewhere between $10.00 and $25.00 a single use. The heroin available in most public settings today is of much higher quality than the black tar heroin of the 1960s and 1970s, since it is being refined more efficiently by producers before reaching the open market.

The United States is the world's largest consumer of pain medication, buying 80% of the medication produced. Overdose of prescription pain medication is the highest cause of accidental death in this country, with death occurring every 19 minutes nationwide. Overdose from heroin use is rising sharply over the period of the last ten years; often observed with higher incidence in celebrity overdose cases in recent years.

The Center for Disease Control (CDC), reports that while overdose deaths from cocaine and prescription opiate medications have remained consistent in the period between 2011 and 2013, deaths from heroin overdose have doubled in number during that time.

Treatment professionals are seeing a steady increase in rates of admissions for addiction treatment regarding heroin, as well as prescribed opiates. In Denver, rates increased nearly one full percentage point between 2011 and 2012. In Vermont, the governor spent his entire ‘State of the State' address in January, 2014 talking about the rising rates of heroin addiction, calling it a public health crisis. Cases there of heroin trafficking increased 135 percent between 2012 and 2013. From 2000 to 2013, the rate of heroin addiction treatment increased over 250 percent.

Most of the heroin coming in to the U.S. is coming from drug cartels in Mexico. Mexican heroin has decreased dramatically in cost for several reasons. Farmers who once grew acres of marijuana have switched to fields of heroin poppies. This is primarily due to the higher prices paid for the same volume of product. Drug cartels will pay the high price for tar produced by opium poppies and risk the dangerous transport of tar from mountain villages where they grow faster than crops that cannot be sold at the same high price.